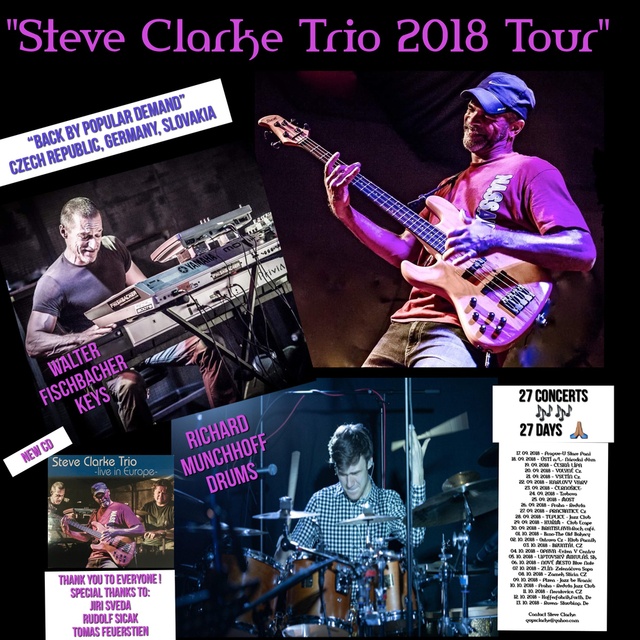 STEVE CLARKE TRIO is a Funky-Jazz-Fusion Band with 7 CD's out.

It is his 7th release on Hop-N-Bop Records and is being well received by fans in U.S. and Europe.
The inter play of this trio is quite noticeable, performing together the last 5 years and doing 5 European tours as a trio has paid off.
The grooves and improvisations throughtout the recordings and shows flow naturally and seamlessly into and out of the compositions.

The Steve Clarke Trio has been considered a new up & coming
“Smooth Funky Jazz Fusion Power Trio” but, these guys have been
around, involved with music for decades and internationally known for
there sold out shows in Europe.