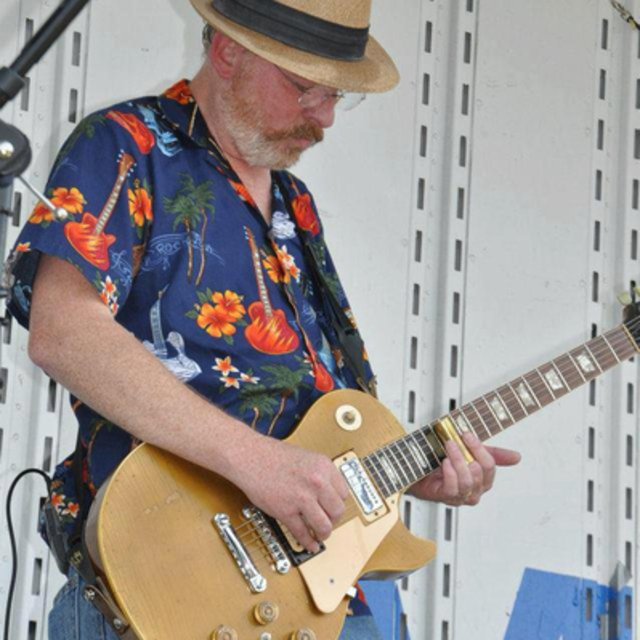 My main instrument is the lead guitar, I have played in local bands since High School (1980). I started playing trumpet in the 70's but eventually learned you can't sing and play a trumpet. I've been playing in public since the 1980's. I was a sit-in guitarist in Germany in the late1980's, performing country standards at US military bases. I came back to the US and played more country and classic rock in Indiana. In the mid 1990's I moved to Arizona and had a variety band that was very popular in Glendale (next to Luke AFB). I am interested in performing regularly. I can do sit in work on lead/rhythm/bass guitar or on the piano. Just send me a message if you need a temp.

Stevie Ray Vaughn, Eric Clapton, Jimi Hendrix, Classic Rock, Southern Rock and Country.
The MP3s I have uploaded are recorded with Garage Band software on a Macbook Pro. Just so you know I only do one take and then move on so the results are usually pretty raw. My brother Adam is singing on Rikki Don't Lose That Number. His vocal range is higher than mine.

Join in for the Fun of Charter Day and the Fall Festival in Historic Port Royal Virginia! Music, Games, Food, Pirates and Vendors. Games for the Kids and Gary Lee Tolley & Friends Performing for your Enjoyment!

Three hour outdoor show at an upscale bar/restaurant venue. 35 Walpole St, Stafford, VA 22554. Bring your lawn chairs, they won't have enough tables for everyone. The last show had about 300 folks there, would love to see that again! Classic Rock and some oldies.

Gary Lee Tolley & Friends will be performing at the "Hampshire County Fair", Augusta WV on August 15th at 7PM. Gary Has Performed from Las Vegas to Nashville with a style of Smooth Vocals and songs that tell a story. Just like Hank Williams did, songs that tell a story and touch the hearts and minds of his listeners! Don't miss this Fun Filled Night with Gary Lee Tolley & Friends!!

Three hour show in an outdoor patio venue. Bring your lawn chairs, they don't have enough tables for everyone. The last show had about 300 folks there, would love to see that again! Classic Rock and some oldies.

Performing from 8 to 12 by the Potomac river.