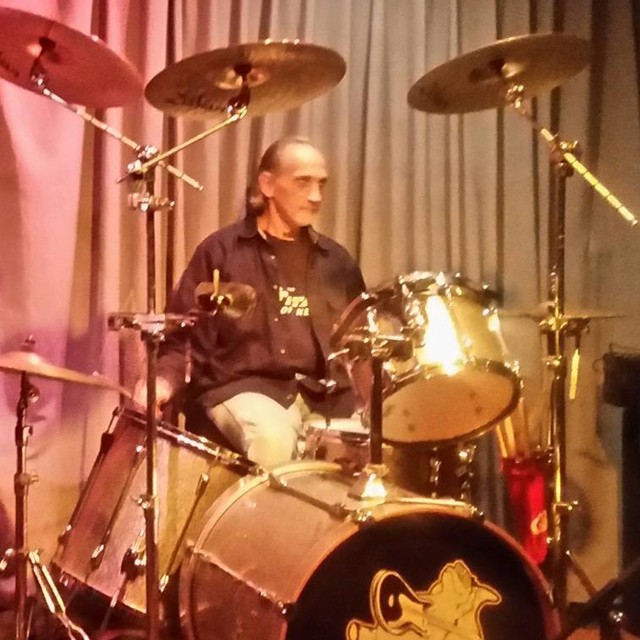 has been playing drums since age 12 and won his first Battle Of The Bands at age 14, with the band, Brain Child , beating out a popular Long Island band which later went on to become Twisted Sister. Steve played with Decca recording artists The Bootleggers (Where AM I Going) then joined Smash/Mercury recording artists The Lefte Bank (Walk Away Renee, Pretty Ballerina). Walk Away Renee has since been voted # 220 on the all time top 500 song list. He played in Greenwich Village at all the popular and unique clubs ( Night Owl, Crazy Horse Saloon) jamming with such artists as Steven Stills, Mamma Cass, Joe Butler, Steve Boone, Woody Allen, John Sebastian and many more. After being invited, by Roulette records, to join the band First Crow to the Moon (Sun Lights Up the Shadow of Your Smile), he was then hired by Jay and the Americans (Cara Mia, Come a Little Closer, She Cried) Steve has sat in on tour with Johnny Maestro and The Brooklyn Bridge as well as Mountain and Every Motherâ€™s Son. He was the drummer for The Dreamers (Crying In The Rain) on Elektra Records, but unfortunately that band lost a member to Leukemia and never continued after that
In the height of the resurgence of Country Music, in the late 80â€™s and 90â€™s, Steve formed the local band Stonewall , with his wife Mary. Stonewall was a 7 piece band featuring fiddle and pedal steel and opened for many National Acts ( Steve Warner, Confederate Railroad(at Miss Kittyâ€™s in ATL) and Alan Jackson,( at Doodas in Ft Lauderdale Fla.), Pirates of The Mississippi, Diamond Rio and many others.

Moving to Georgia in 1995 , Steve started playing drums for the local bands , Crossover and Jim City and The Legends and then in 2001, formed, with his friend and keyboard player, from The Crossover Band, Patrick Black, The Rockasaurus Band and has spent the last 16 years with Rockasaurus.