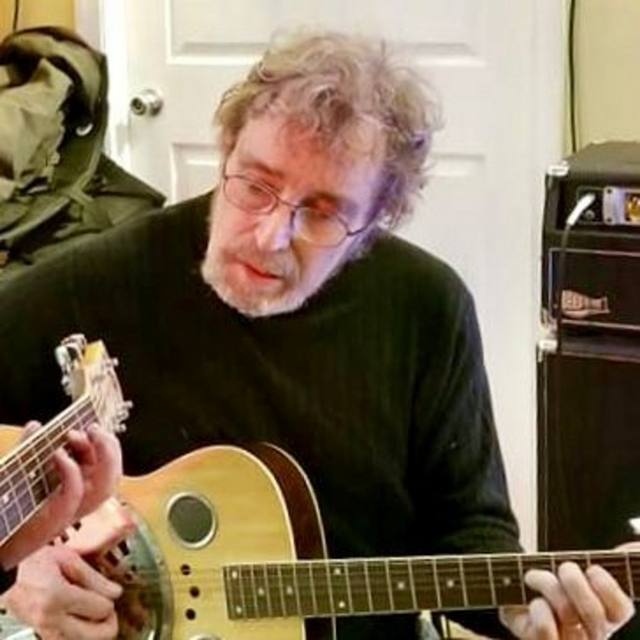 He studied Classical Guitar, Lute, and Electronic Music at Humboldt State University, College of the Redwoods, and The Evergreen State College, where he obtained his degree in Music in 1984.

He toured professionally, opening for performers such as Mose Allison and Della Reese, and has performed and taught music his entire life.

His instruments include Classical, Acoustic and Jazz Guitar, Lute, Mandolin, Dobro, Bass, and Banjo. He has extensive experience with electronic music and audio production.

He has designed and produced multimedia content for CompuThera educational software, (2004-2006).

Steven currently teaches music near his home in Berkeley Springs, West Virginia. He teaches locally at Black Cat Music Shop and Online on his website at stevengrigsbymusic.

Many guitars and other instruments