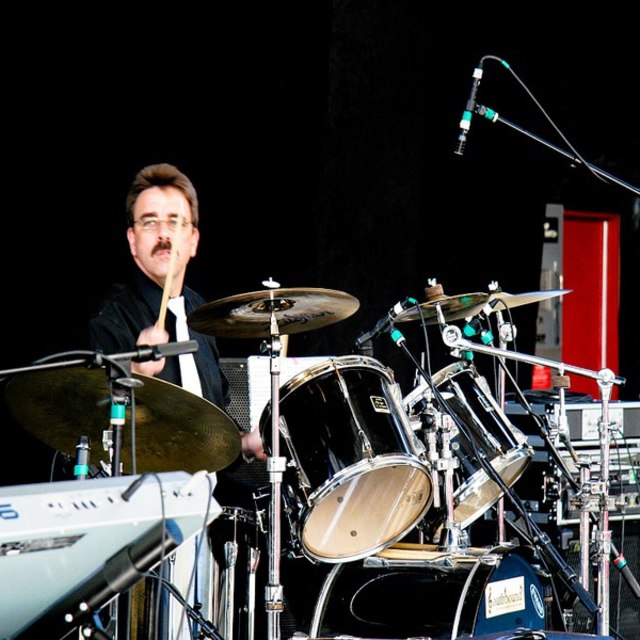 I'm a "seasoned" musician who has been playing drums since age 8. I love most types of music but am partial to Classic Rock, Blues and Jazz. I played in jazz bands in high school and college and several rock bands throughout the years in Charleston, S.C., Los Angeles and Guam. I also played in small and large church Praise and Worship bands.

Retiring in the next couple of months and moving to the Fort Mill, SC area. I would love to get with musicians with the same musical interests who are serious about "getting it right" while having a good time doing so. I don't drink other than a beer or glass of wine here or there, don't do drugs of any kind, and would prefer band members who are sober. My Ya-hoo email is stixman46.

I have a set of vintage (late 70's) Tama Imperial Star's I've owned since 1981 that have literally been around the world, as well as a Pearl 8-pc Export kit which I used at church. A couple of years ago I purchased a Gretsch Catalina Maple kit, a Pearl Reference Series kit, and a 4-piece Ludwig Questlove kit with Remo Fiberskyn heads, for small venues. I use nothing but Zildjian cymbals....(last time I counted, I believe I had 32). Apparently I'm a drum kit hoarder.