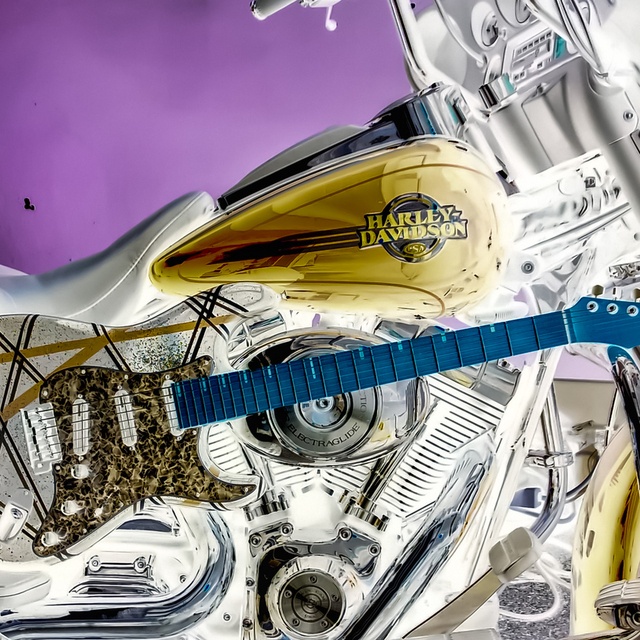 I am currently the Lead Guitarist for Catawba River Monster.

Please listen to the wide variety of originals I have posted in various styles that showcase my flexibility as a guitarist.

I am also very interested in contributing to existing projects and studio work for people & bands seeking unique guitar solos, rhythms, and input on song structure and recording for their writing or recording work. I am happy to help "finish" songs, write bridges between parts, etc.

Screen name:
StratRocker
Member since:
May 10 2014
Active over 1 month ago
Level of commitment:
Very Committed
Years playing music:
35
Gigs played:
Over 100
Tend to practice:
More than 3 times per week
Available to gig:
2-3 nights a week
Most available:
Nights

Too Many! Everything Heavy Metal, Rock, and Blues from 1970-present! I got started on Ike & Tina, Creedence and Grand Funk. Then I discovered Alice Cooper, Black Sabbath and Aerosmith as they came out. Throw in some Skynyrd and Doobie Brothers, ZZ Topp, Rolling Stones, Boston, Kansas, Deep Purple, Iron Maiden, Metallica, Skid Row, Dio, Ozzy, Black Label Society, Five Finger Death Punch, Extreme and Judas Priest to name a few. I went through a Smooth Jazz phase, (still a huge fan), and that led me in a roundabout way to discovering my Blues roots. After absorbing Robert Cray, Tab Benoit, Roy Buchanan, Gary Moore, The Kings (all of them) the Vaughans (Jimmy too...) I combined everything and evolved into my own style of Blues/Rock/Metal/Funk lead & rhythm guitar (and a little bass playing on my original tracks).

I have plenty of gear for practice or a gig as a guitarist. I have stage monitors, studio monitors, a power amp, EQ and Mic, one Bass and five Electric Guitars. See Pics. Willing to invest in gig equipment when the time is right.

Run by Michael Wolf Ingmire, this is one of the most fun jams in town. Come see myself and other top-shelf players trade licks and take turns.