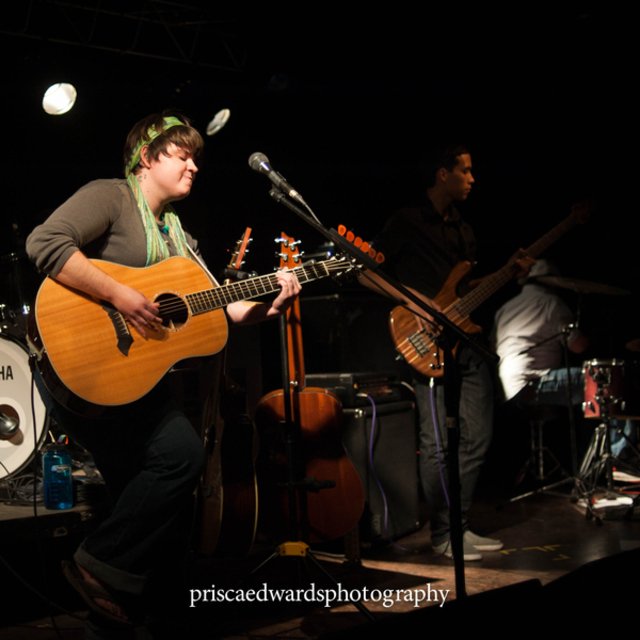 Singer/songwriter Suzi Brown has found herself on a musical journey
including many stops like playing coffee shops, wineries and theaters to collaborative work with Producer Pier Giacalone (Regina Spektor and Sloan Wainwright), drummer Rodney Holmes (Carlos Santana and Steve Kimock), and keyboardist Arne Wendt (Bon Jovi). Suzi even scored a couple of gigs in the gorgeous large room at World Café Live in Philadelphia, PA.

Suziâ€™s music is a variety of cultural styles such as Celtic, Asian, Island, jazz and even some tribal beats with traditional folk/pop. Her voice has been called ethereal and enchanting but most importantly, it is distinctly her own, just like her writing and guitar playing. That guitar playing incorporates percussive techniques as well as advanced 2-hand tapping!

That's just a clip from my one-sheet/resume to give you an idea of what the band sounds like and what sort of gigs we will be playing in the future. If any of those styles mentioned above, interest you... we are currently auditioning for a new electric guitar player/2nd vocalist to sing backup and harmony. We recently lost our electric guitarist due to school/work load being too much for him to juggle. We are a band that does not tolerate drama, drug users, or slackers as we are all passionate and diligent musicians who are on the brink of making this a full-time career, we are searching for a like minded individual to be able to give serious time and effort into the project.
Please email me if this is something you are interested in... Simply google Suzi Brown Music, and my website should be the first to appear.