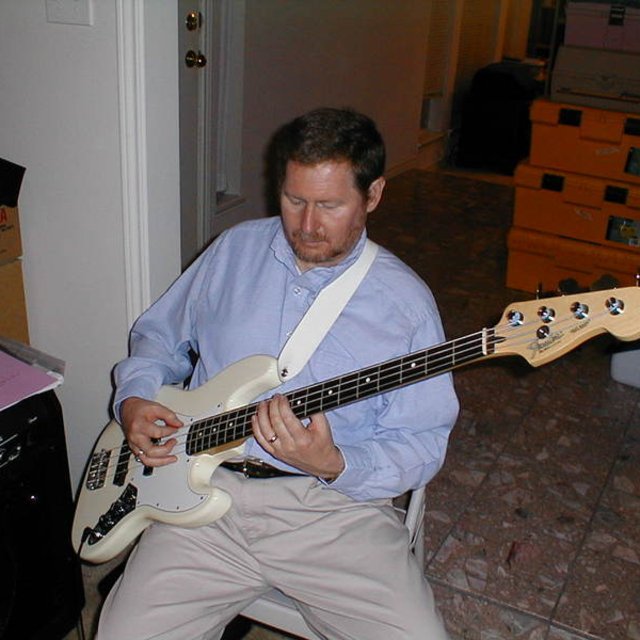 I've also played guitar regularly since 1968, and would be interested in playing either bass or rhythm guitar in a band. I have played lead before, but it's been a while...

While I would love to be in a band, I work as a night shift computer operator and I have one of those rotating two-week schedules that are so common in the data center world these days. I'm coming to see that my schedule limits me to just an occasional (maybe once per week) jam or gig.

Beatles, Buddy Holly, Steppenwolf, Cream, Hendrix, Jefferson Airplane, Yardbirds, basically 50s and 60s stuff and the very early 70s. If you want to see what sort of stuff I've been playing with my sons the last few years, please check out their web site at freebore.