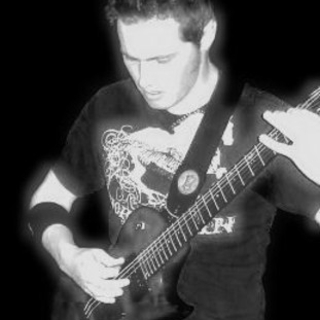 I'm a very motivated and experienced musician who want to join up with either an original or cover band. I'm not looking to tour, but I loved playing as many shows as possible. In 2008 I recorded an EP playing every instrument...which I think a few are on this page. In 2007 I was played guitar in a successful hardcore band called Clock Strikes Murder in VA Beach. we played a show at the NORVA and if you go to ./Sweatshoes and look for the video, you'll see it. I played drums fro the band Cyrenic for a couple years too. Here's a link of me playing drums with them at a show with Evans Blue (s:///17238481). I played bass and sang for a cover band called Trigger Pull, too. Additionally, I played drums for Ddendyl who was a season 6 semi-finalist on the TV show "The Voice". So, I'm looking to jam! I can write, play, and I'm an easy-going musician to work with!

A Day to Remember, Killswitch Engage, We Came As Romans, Sevendust, Unearth, The Agony Scene, Chevelle, Hatebreed, All that Remains, Soilwork, In Flames, Of Mice and Men, Linkin Park, Fall Out Boy (guilty pleasure), and August Burns Red...to name a few.

Ddrum Journeyman-2 Rambler with Sabian Cymbals, ESPLTD Viper with active bridge pick-up, ESPLTD H-101 Flame Maple CRATE 150 watt half stack, Line 6 Spider IV Half stack, and a Dean 4-string bass that can easily be upgraded if someone needs a bassist.