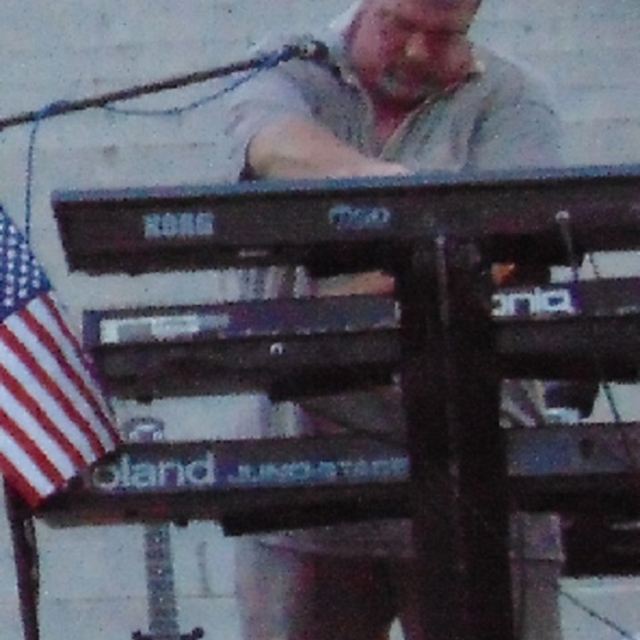 A veteran Keyboard player with over 2000 gigs under my belt, I have been programming and performing with Synthesizers since the 70's. I have a degree in Music Theory (minor in Radio,TV and Film Production). While I have done studio work with several bands, my main love is performing. I am a truly live synthesizer player, meaning that everything I do is live, no triggering or sequencing, I prefer working without a net. I am also an accomplished vocalist, lead or background, and harmonize well with others. Most importantly, I do not suffer from ego, preferring to be part of a team rather than prima dona stardom.

Early influences were the giants of Synthesizer players, Keith Emerson, Rick Wakeman of Yes, Tony Banks of Genesis, along with Pink Floyd and Hawkwind. The first time I saw Edgar Winter strap on a UniKorg and play Frankenstein was a life changing event. I was into Rush before they began using Synths, and then fell in love all over with their later works. Later in my career I joined a Reggae band that rose to semi-stardom, and grew to really appreciate and love the Message it sent, I truly believed that the concept of "One Love" would change the world. I love the rythyms and the realization that you can make people dance and spread unity at the same time is what drove me for over a decade.
My later influences are more Rock and Roll, I love Incubus, Offspring, Queensryche (with Geoff Tate). Soundgarden, Red Hot Chili Peppers etc, as well as more esoteric work such as Jeff Beck, Steve Hackett, Jean Luc Ponty. Reggae influences are Bob and Ziggy Marley, Steel Pulse, Big Mountain, Pato Banton and Aswad, to name a few.

My current rig consists of three Keyboards, a Korg M50, a Roland Juno Stage, and an Ensonic ASR sampler, on a single keyboard stand, all MIDI connected to my rack of modules, a Korg X5DR, a Roland JV-880 with orchestral expansion, a Yamaha TG-33, and an E-Mu Classic Keys module, all of which are submixed through an AKAI MPX 820 MIDI controllable Mixer. I use a Crown CM 311 Headset Microphone for vocals. My Guitars are an Ibanez RG Sharktooth with Floyd Rose (my Battleaxe) a Chet Atkins Epiphone electric for rhythm and a Yamaha Concert Series AC3M Acoustic