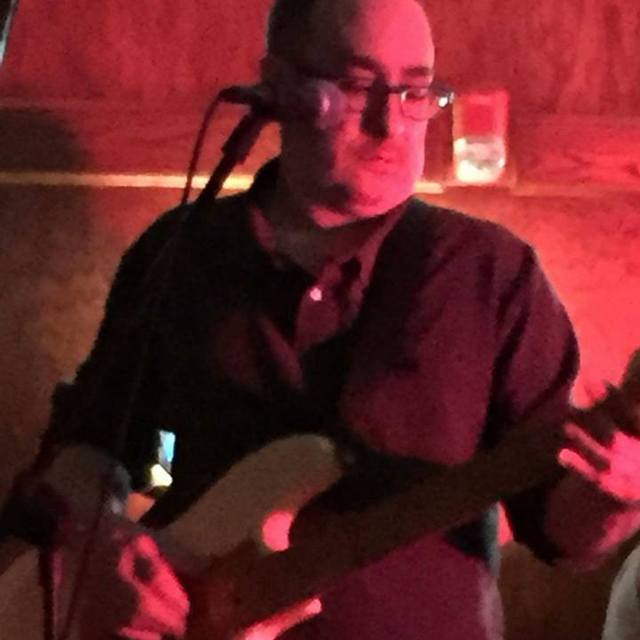 I am an experienced bass player and vocalist.

I started playing guitar in 1974, switched to the bass in the 90's. I grew up in the NYC area listening to the rock stations. I've been playing gigs continually since the 80s; my first gig was at the ol' Fore N Aft. Played for many years in the 90s and early 2000s with The Tremors, a rock cover band run by the same fellow that runs the Mighty Spectrum Band.) The lead guitarist and drummer from that band are both pros today.

I gigged with Ricky Blues, a blues ensemble, from 2000-2008, and again occasionally since 2013. The first stint was concurrent with pianist and recording artist Alex Richman.

I played some large shows with Beyond The Wall, a Pink Floyd tribute band out of Danbury, whom I was with for a year, 2011-2012. They had a video and light show.

I played for a time in 2014 with the BluesMothers, an original band featuring 4 women. They have a CD out.

Also in 2014 I was running a band called Lost Time, but our guitarist moved back to Poland and that has ended. I've attached the demo video from that group on the site below.

I'm a fast learner and have done one-off substitute gigs with Zydegroove, a Cajun/zydeco band, and Boondocks, a country band from Fairfield county.

I pretty much know every rock song from the 50s through the 90s. Post-2000 my rock knowledge starts to thin out. Also familiar with dance/party/motown hits, Nashville stuff