To be Determined + Band in Versailles, IN 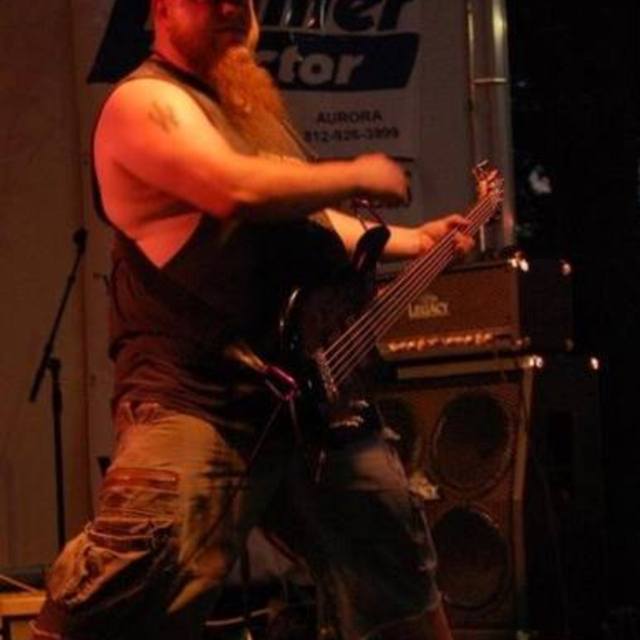 I'm looking for people to jam with, if interested hit me up.

What is a cigar box guitar? Simply put, it's a stringed instrument that uses an empty cigar box as it's resonator. They are not necessarily of the same design as a normal 6-string acoustic guitar. For example, some cigar box guitars have only 1 or 2 strings. Many do not have frets up the neck, but are played fretless or with a slide. The origins of most cigar box guitars stem from poverty. Many times, the builder was just a child who desperately wanted to rock out, but had no money to buy an instrument. In addition, cigar box guitars were made and played by Depression Era jug band members who specialized in making instruments out of anything.

A cigar box guitar is a rude, often crude, home-made instrument, and there are very few, if any rules when it comes to making them. They are about as far away as you can get from the glossy, soul-less factory-made instruments hanging on the walls of most music stores today. CBGs are meant to invoke the sorts of instruments that the founding fathers of the blues would have built from stuff they had laying around - an old empty cigar box for the body, a piece of scrap lumber for the neck, scrap pieces of woods, lengths of bolt, old keys, etc for the nut and bridge, miscellaneous hardware such as a hinge half for the tailpiece. The only real concession to modern technology is in using geared tuners instead of hand-carved pegs, eyebolts, etc. Trying to keep the instrument in tune for more than a few seconds requires real tuners. The wooden pegs are nice for looks, but these instruments NEED to be played, and played while staying IN-TUNE! I also install Piezo pickups in most of the CBGs because I believe that they really come to life when you plug 'em into an amp.

Screen name:
tagapieguitars
Member since:
Jul 30 2008
Active over 1 month ago
Level of commitment:
Moderately Committed
Years together:
35
Gigs played:
Over 100
Tend to practice:
More than 3 times per week
Age:
48 years

Wrecked at the open air festival Warriors of Heavy Metal 3