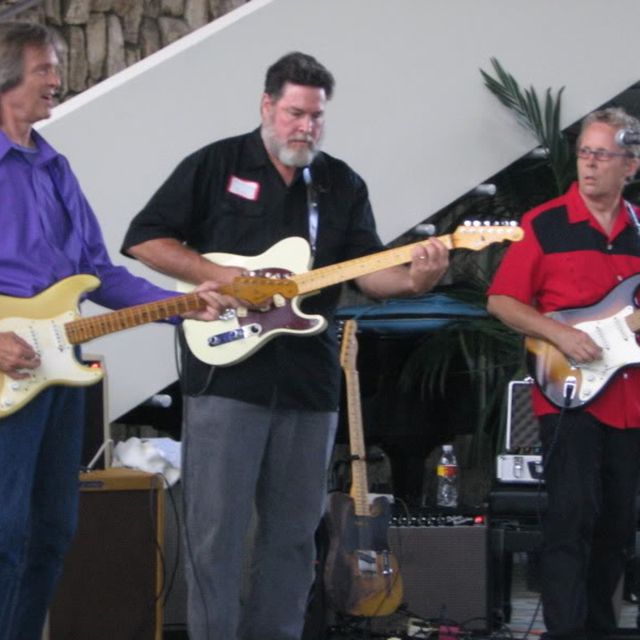 I've been at it for awhile...I've played around with a lot of different styles. I played many years with surf guitarist Paul Johnson as a member of the Packards and country all through the 90s with the local San Diego band Unbridled.
As of this posting I'm one of the guitarists in the the instrumental/surf band The Coastal Eddies.
I play guitar mostly (rhythm, lead, fingerstyle) a little mandolin, Irish whistle and bodhran...I can thump a bass when called upon to do so.

I love a good song...period.
I lean towards rootsy country/folk-rock, I love old school country/honky-tonk (I like some new stuff), western swing, classic and southern rock, Celtic, bluegrass, Surf, jazz, R&B, classical (studied that for about three years back in the 70s), new and old finger-style acoustic, African, Brazilian, Prog. rock etc.
I love to compose and arrange...

Though I'm busy with the Coastal Eddies I am looking to put together or be a part of a Folk/Alt-country/Honky Tonk band wherein we can find some great songs that are off the beaten track and explore writing, arranging and performing originals as well as classics...in other words, I'm not looking to do a lot of top 40.
-Lead/rhythm guitar (some vocals)