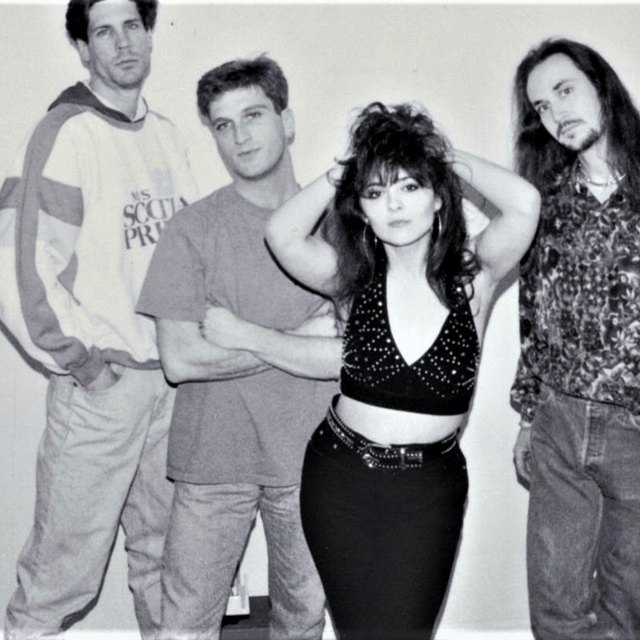 (That cover photo is a vintage photo of the old band)

I'm working to get some more demo clips up... I'm using Audacity, which isn't the greatest, but you'll get the idea.

About ME:
I've been singing a long time, but gave it up for several years because I thought my time was better spent on a "career". That was misguided!

So... I'm back, and ready to go for it. I'm getting my voice back --slightly limited range and power right now. My voice most resembles Chrissie Hynde (Pretenders), but it can vary a lot from that.

I want to create great songs and start developing a fan base who appreciates our music. The audience/fans are important to me since they contribute to the energy. ... (ever play to an empty room?? yep...me too.. it sucks and we don't want that).

1- I'm going for a sound like this band: The Pretty Reckless/ Going to Hell: https://youtu.be/bmtbg5b7_Aw

For studio or live (or exchanging tracks through the Internet) I want to write originals, and record 3 of them for starters. Then I want to have at least 10 originals so that we can open for other bands. I have some originals we can work with as a foundation if you don't have any. I did not write them, but they're decent (with our tweaking them a bit -- and they do need tweaking) and we can use them.

2-If you're NOT long-distance, let's get this Band thing moving!

3- OR (least favorite)..... will consider a cover band to play ROCK/HARD ROCK/ (some) METAL. Almost had a band together, wanting to play Black Sabbath, Candlebox, Drivin' n Cryin', The Pretty Reckless, Devour the Day, Concrete Blonde, and others. Years ago we also covered stuff like Alice in Chains, The Cult, Judas Priest, Rush, etc. **IF I do covers, we must also work on originals. I do not want to just be a cover band.

Notes: I'd prefer dynamic rock (my own term for rock that totally ROCKS hard, but that also has some melodic portions, harmony portions, and even ballad-ish intros (think.....Tesla, Styx, The Pretty Reckless, and others like that....). I do have some amateurish lyrics, but am not a proficient music writer. Are you? I'm also open to buying rights from great original songs that never "made it" by other artists, but that we could re-make and use. Do you know of songs that you would love to cover from other bands or artists that couldn't get those songs off the ground themselves?

About You: You're a good person! You won't ask me to drive to Maryland (if we're going to get together live). You *want* to be a rock star! You don't have drug/alcohol issues. You're open to trying things for originals.

I use my own mic, and also just purchased a TC-Helicon VoiceLive Touch 2 which is an amazing gadget/toy that lets me add harmonies, effects, and even loop tracks (for voice or instruments)...but I'm just now learning how to use it. Fun!