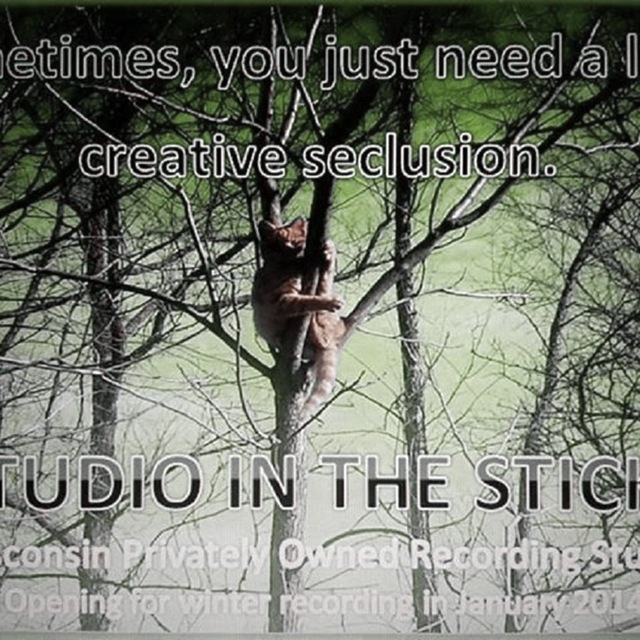 Hi visitors and new friends!
First off, you're hearing real live music with real live instruments.
And I must say, kudos to Bandmix for dreamin' this site up!
Already met a few awesome musicians! Very Cool!

The tracks posted up here (so far) are all played by one dude,
in a farm home studio environment.
After doing around ten albums of my own original material,
decided what the heck, it would be neat do some good ole classic covers! Why not right?
Maybe reach out to some others,
and see if they feel like they would be a good fit for these too.
So that's kinda where I'm at I guess rolling into 2018.
Looking to have some fun, meet some new musician friends and build a roster together,
of some session musicians who are looking for some occasional gigs,
that we schedule in as we see fit according to our lives,
our families and various commitments,
as well as compensated session studio work in our modest,
cozy farm home recording studio/plantation if you will.
I did this in Arizona and it worked out very well.
If one musician couldn't squeeze in a session or a gig,
then there was always a couple others to plug the slot,
and most importantly, we are all friends with a shared passion
for excellence in musicianship and we sharpen each other.

We own a private recording studio with tons of gear, drums,
amps, guitars, mics etc. Have a ton of PA for prospective shows.
We would love to have a few more talented musicians on board,
to have some fun jams with and perform a kick butt set list;
(Already have organized folders/lead sheets neatly typed/charted.)

Way too much to even start listing here,
but you'd be surprised how I record and what with!
Nothing fancy at all really.