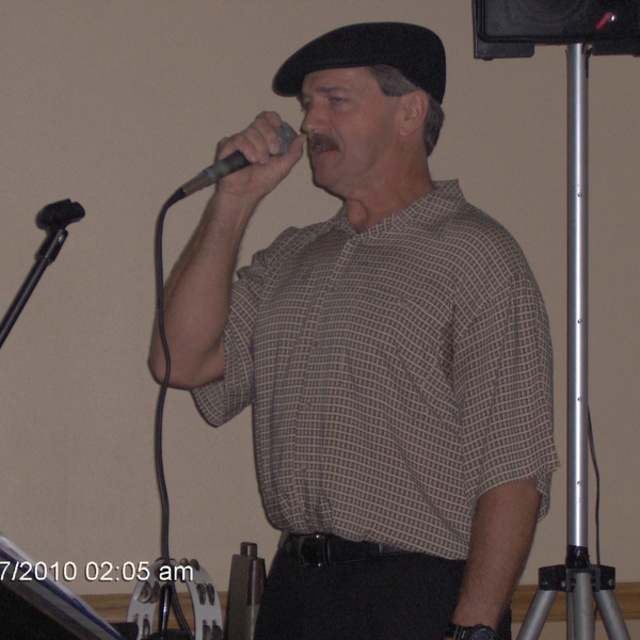 As of 2/22/21, I am moving to Spartanburg in a few months and am looking for a band or duo, Trio to play with. I am a lead vocalist/percussionist.
I grew up in Ocean Springs,MS, received a Printing degree from Perkinston Jr College,spent 3 years in the Music Ed program USM on trumpet and percussion. While in Hattiesburg I was lead vocals and played congas/percussion in : "Sundog"(w/Johnny Hedman, Evan Gallagher) and "Mason Dixon"(Chris Barker,Phrawg Conn)
The Partial List Of Road Bands playing 6 nights a week starting in 1975 that I played in are:"1988"-Ocala/Daytona,Fl (w/-Chris) "Biscayne Bay"-Hattiesburg/Palm Beach,Fl-(Chris,Al Herring),"Rainbow Express"-Michigan, "Shiloh"-Ocean Springs (Loree Dalgo,Jerry Dalgo, Andy Dalgo, David Drake, Rick Gamard), "Starstruk"/"TheTouch"-Gulf Shores/Atlanta(Eddie Moody, Bill Hoyt, David "Shellcracker" Shelton, Debbie Davis,David Antonius).
I lived In Atlanta from 1985-1998 and played/recorded in various original and cover bands at night while working during the day as a 4-color silkscreen pressman for a commercial printing company.
I worked exclusively with Melanie Hammet,an original artist in Atlanta for 2 years as an acoustic duo or trio, playing: 5 tuned congas, 2 bongos,a stand up percussion rig and singing. I also played in several midi duos, trios where I learned to program drums,edit,and mix songs.
I moved back to the coast in 1998 sang with "Domino"-a 6 piece showband based in Mobile,Al, The Duo "Heart and Soul" with Cindy Dasher
I became the new male lead vocalist for the "Niteriders" an 11 piece R&B horn/showband after the former lead singer passed away.
From 2006-Dec 31,2010 I was in "The Lott and Clark Expedition" a midi cover duo I created with Monte Lott on guitar. I was responsible for lead vocals, song arrangements, mixes and set lists.
For the past few years until now I was in the duo NimbleFeat , singing and playing percussion with hundreds of songs in every genre.