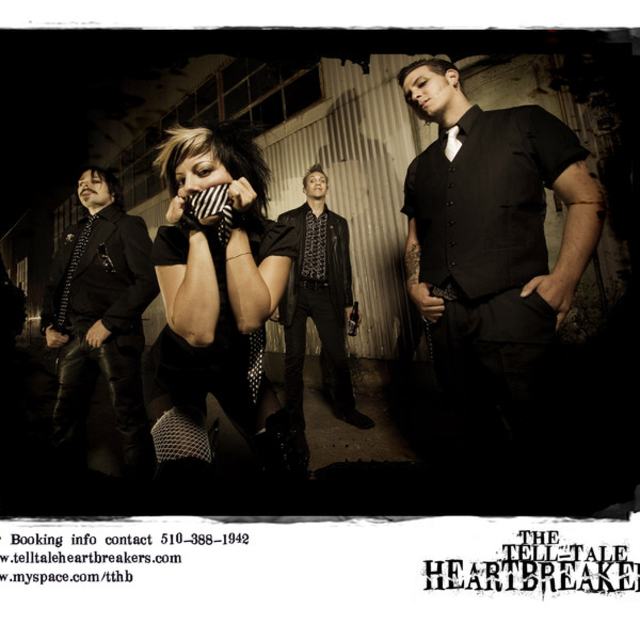 The Tell Tale Heartbreakers emerged from the Bay Areaâ€™s underground music scene in late 2004. Since then, they sculpted their own sound, tearing through the post-punk music scene with tense, guitar and bass-driven songs that reflect the darker side of rock and roll. Their influences run deep, encompassing everything from Gothic Rock, New Wave, Post Punk to Psychobilly.

Guitarist Ryan Rosprim is no stranger to popular bands. Playing for the one of the Bay Areaâ€™s foremost gothic rock bands Kill Sister Kill and Gang of Grim.

Bassist Matt Eskew thumped along with the punk-a-billy band The BLANKS before moving on to form The Defiant Ones with members of Hayride to Hell and The Nite-Crawlers.