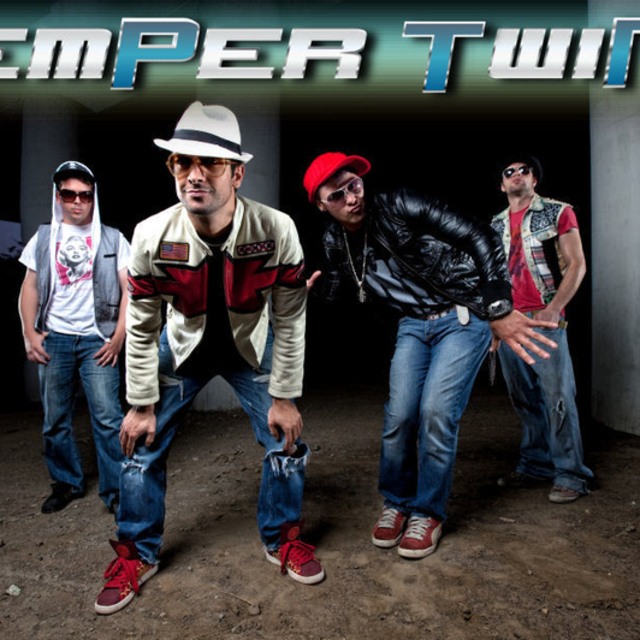 Temper Twins is a 4 piece pop/rock/hip hop band hailing from Pennsylvania and Ohio and working out of NYC. The band consits of members: Timmy Temper: Vocals/Guitar, Jimmy Temper: Drums/Programming, Jay Bones: Bass, and Trev-Sonic: Lead Guitar. The talent of this band is unmeasured. All masters of their craft, Temper Twins incorporates live stomping instruments with a hint of synth. Temper Twins was formed as vocalist Timmy Temper and Drummer Jimmy Temper, then working together with a different band signed to Capitol Records, decided that they wanted to branch out and play something they felt was more their taste and style. They then began writing and recording songs in Jimmy's studio and realized...they were really on to something special. They scoured the region, holding auditions to find the right players who not only could handle the load of the music, but who also could bring a new element and their own unique style to the band. After many months of searching, Jay Bones and Trev-Sonic were clearly the missing pieces. With the members all in place, Temper Twins hit the studio, recording songs in Jimmys studio as well as taking frequent trips to NYC to work with Calvin Gaines aka 'Sci-Fidelity'/Promiscuous Music of Lady GaGa fame. With Jimmy Temper holding the reigns as producer on the project and Cal 'Sci-Fidelity' Gaines adding his expertise and ear, the guys recorded their debut EP 'Temper Twins' and are ready to strut their stuff for the world.

Hear the band at: ://.tempertwins