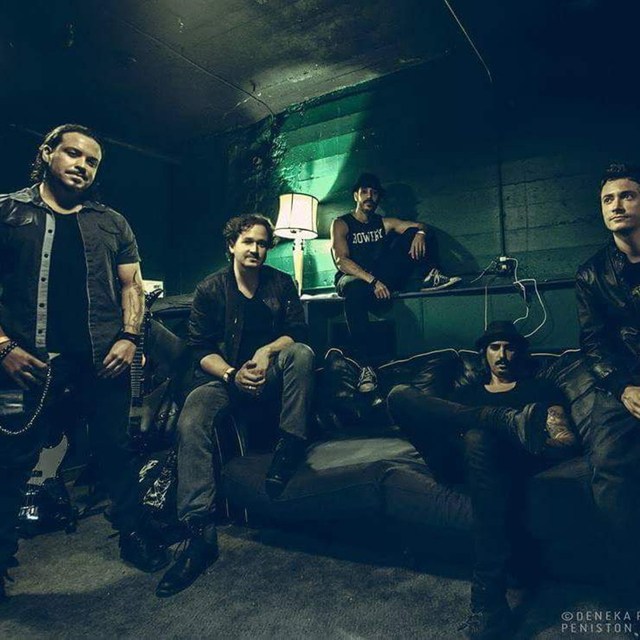 Tempest City is a true NY rock band. Playing Rock with no prefixes, and delivering on the promise of their namesake... look it up

Tempest City is a throwback to a time when music was built in garages and basementsâ€¦by musicians. Created off of passed down influences, questionable taste and a shared understanding of where we want to take it to.

With all five of their members born and bred right here in the outer boroughs of the city, Tempest City is a true New York Band. Playing rock with no prefixes, and delivering on the promise of their namesake...look it up.

The band is anchored by the thunderous virtuostic bass guitar chops of Cops-n-babies mastermind, Eric (the Goob) Ramin, and groove your face off with a kick so hard you feel it in your chest drumming of Ilan Harel.

Their twin guitar attack comes compliments of Vincent Degretzia and Walt Ramin. Combining swirling rhythms, powerful riffs and soaring harmony leads, these two players complement each other while ripping it up with their own unique style.

Lastly, keeping this ship headed in the right direction and absolutely steam rolling it on lead vocals is Alfredo Venuto. A true "rockstar" frontman with the range to back it up and a presence that instantly captures your full attention.

Coming off multiple "hometown" sold out shows (where the band sometimes literally "broke" the stage) of such NYC mainstays as The Gramercy Theater, Webster Hall, and Mercury Lounge. The band is also hard at work cultivating a fast building fanbase up and down the east coast! Having just released their debut full length self titled record, featuring both a "Side 1" (an in your face all out rock feature) and "Side 2" (a straight to tape all live unplugged experience), the record is already seeing rotation on radio stations spanning the Northeast to London, to its radio debut in Perth, Australia! On the heels of their highly acclaimed debut, the band is at the moment carefully entertaining all offers of management and label support.

If you are wondering where all the good music has gone, do yourself a serious favor, stop lamenting... get out and see Tempest City rock your face off.

Everyone from Beatles to Panteraâ€¦. We all grew up in the 80's 90's So we love bands like Motley Crue, Priest, Alice in Chains, Pantera, Sevendust, Soundgarden,Tool etcâ€¦