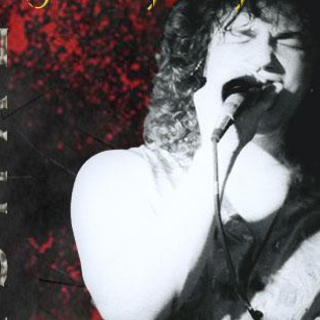 Recording and Live Project:
I am looking for pro level musicians with stage, and studio experience, has a complete bio, with photo(s), audio file(s), and or video file(s).
The project will has a lead guitar, rhythm guitar, bass (standup or electric), baritone, tenor, soprano vocalists, keyboard (Orchestration and audio samples), and if I am able, a violinist and cello player. The project is very theatrical, and full of story.

About Jonathan:
Jon Marshall, also known as The Tenor Vocalist. However, his abilities to reach incredible range can extend from below a tenor, to as high as a soprano. His tone is clean, warm, and direct. Since the age of 5, he exhibits total control with his vibrato and presence. His voice, like an instrument, is capable of stirring emotion to the listener, for he is one of the few artists that can touch his listeners from within. Jonathan Marshall's wide vast vocal range and deep tenor tone, must be heard to be believed. He is respected, and recognized all over the world, by his peers, and fans. Jonathan has a powerful, theatrical, capturing voice.

In Jon’s late teens, he sent demos of his band Prodigy and their compositions to Shrapnel Records, and President Mike Varney immediately recognized the members from the bands talent, and versatility. The band began working on defining style and technique. Jon also, began a vocal training course, detailing voice control and proper breathing. Over the years, Jon has done much session work involving voice overs for prime time broadcasts, like Sprite, Miller Beer, Lexus, Guitar Center, as well as other major corporations and networks. With his passion for theatre, opera, and live music alike, he began to extensively write, record, and tour. Jon’s versatile talents prove a classical trained artist can Rock like Non-Other. His talents have opened opportunity to perform with a broad range of musicians and groups over the years. Jon has been involved in projects or performed with many world class musicians and recording artists.
In November 18th, 2007 Jon's album "FLYING THROUGH INFINITY" was released worldwide through Lion Music. The album was vocal based, and released under the moniker, Palace Terrace.
It wasn’t until the writing of the Palace Terrace Record that Jon was able to show the world his unique blend of theatrics, and his majestic range, As an artist, Jon was able stand strong, without compromise to current fads or trends. Jonathan is presently writing and recording his next album. Keep a look out for new and exciting things Jonathan Marshall is planning.

In 2010, Jon completed the vocal creation on "Solitaire", a classical metal opera that has been in the works for over a year, produced by, Hans von den Hul. Jon is now working on a self new production.