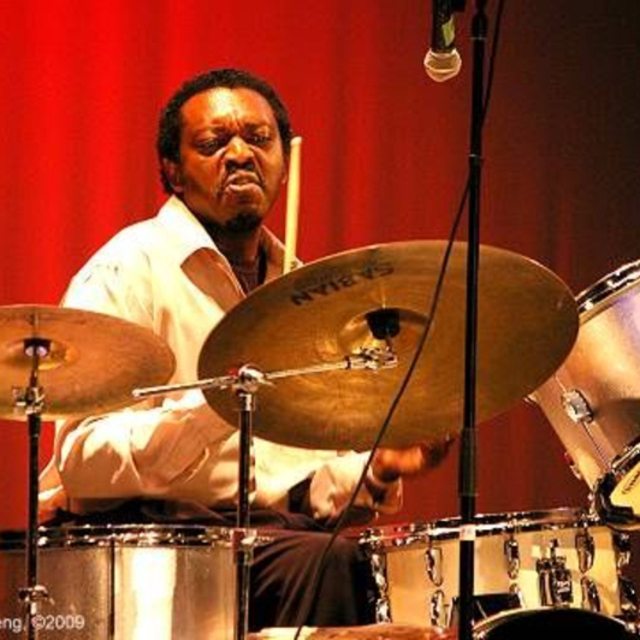 Terrence Prather, Percussionist is now living in the Tri-Cities and is available for Jazz, Blues, and R&B in any setting from small to coliseum gigs. Studio and Rudimental Lessons.

Terrence's solid groove and no non-sense approach to the Drum Set can be heard on several of Sean Costello's Recordings: (Landslide Records)
Call the Cops, Moanin' For Molasses, Sean Costello, Sean's Blues, and Sean Costello Live at his best; which are tracks recorded live in concert mode from several shows across the country. Please visit UTube and hear and feel the love and energy as Terrence and his band mates from Atlanta, Ga. Matt Wauchope/Martans, and Melvin Zachery/Martans effectively prompt Mr. Costello into one of his many stellar interpretations Otis Rush's Blues Classic "Double Trouble" in Rockland,Maine.

Terrence's latest recording "Repurpose" (Congas) teamed him once again with Sean Costello bandmates Matt Wauchope and Melvin Zachary and a solid core of stellar musicians on the Atlanta Jazz Scene. Please visit themartans to hear the presence of Atlanta's Newest and most exciting Jazz Sextet. Terrence has also worked with renowned Atlanta Artist as Roy Lee Johnson/ Beatles-Mr Moonlight and Terrence is just fresh off a Weekly Performances in Atlanta's Famed Northside Tavern with the Blues, Rock, Folksy sounds of Uncle Sugar featuring the Legendary Edie Tigner/piano/"Ink Spots of the 1940s.

Terrence's love of music and performing started at childhood and is genuine without pretense. Currently living in Richland, Wa. Terrence is looking forward to meeting new musicians of any genre and interested in working in small group (trio or quartet). Terrence's Rudimental Drum Technique is open and available for beginners to professionals who want to add a little "Dance-ability" to their drumming for lessons. Terrence's Studio work and attention to detail can be most noteably heard on Sean Costello's Call The Cops(First Recording) and Moan'n For Molasses./Landslide Records

Ok Tri-Cities; Let's Through a Party....You Got The Drummer. "I Look forward to meeting and playing for or with you in the near future".

Recently moved to area, shopping for a kit at this time.