The BuzzHounds + Band in Chicago, IL 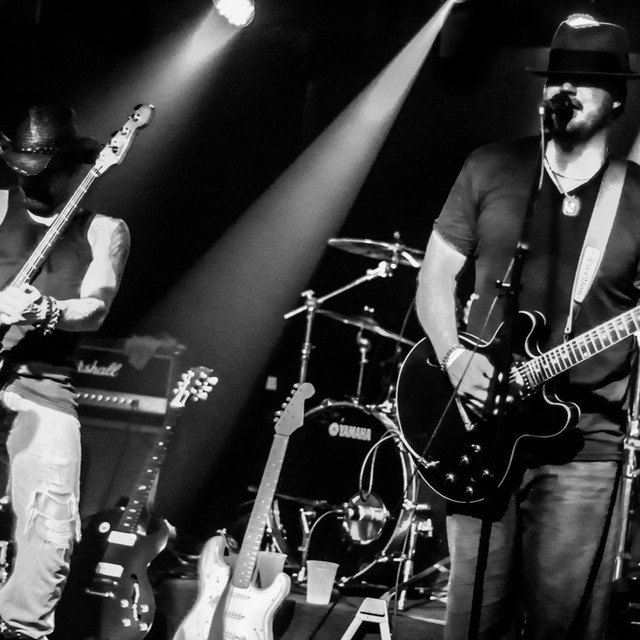 The BuzzHounds have been hard at work, since their inception in March of 2012. They cut their 11 song critically acclaimed full length debut, toured the regional circuit, released two singles, shot a full length HD concert video at Hard Rock Live Chicago, appeared on national television and radio, and have learned some new tricks first hand by playing with living blues legends Buddy Guy, The Chicago Blues Reunion, and Magic Slim just to name a few.

In a recent interview with Johnny Fly Affinito, (Illinois Entertainer and Chitownrocks online Magazine) front man Jeff Manga describes the BuzzHound sound as A dirty rocking blues vibe with hints of an alternative soul. Jeff speaks of the bands influences including Hendrix and Van Halen, and their quest to carry the torch of the Chicago blues and rock tradition into the future. ://tinyurl/chitownrock - (Video link)

The Buzzhounds have taken Chicago's live scene by storm, creating a loyal following by showcasing jaw dropping, high energy performances. Making an audience say wow... that is the "Buzz" that fuels the BuzzHounds.

The BuzzHounds are a power trio consisting of Jeff Manga (Vocals,Guitars) Eric Alvarez (Bass) and Shade Reed (Drums). Catch the Buzzhounds live and in their element, in and around the city of Chicago. The Buzz Hounds are currently working on their second record, a follow to their 2013 Debut â€œWeapons of Mass Seduction", due to be released in the spring of 2014.
.buzzhounds
.sonicbids/thebuzzhounds

The BuzzHounds are distributed by the SixRecords recording company, Represented by ChicagoMusicMgt, and promoted by Megan Levandowski Blonde on Blonde PR.

Description
The Buzzhounds' live performance has been described as the future of Chicago rock and blues. They have shared the stage with Les Paul, Buddy Guy, Chicago Blues Reunion, Canned Heat, Susan Tedeschi, Magic Slim, Collective Soul, Govt Mule, Chevelle, Disturbed, and many others...and have performed on national TV + radio. To the band, its all about the buzz... the give and take between the performer and an audience on a killer night. Thats what its all about.
For the bands official press kit, click here .sonicbids/thebuzzhounds