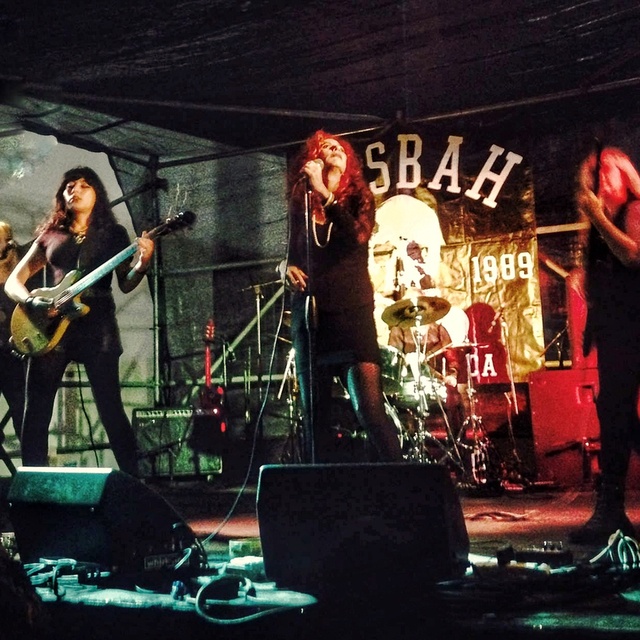 The Dinettes were San Diego's first all female punk band. Founded in1979 after the demise of our earlier concept band, The Cockpits, the Dinettes played with early punk legends like the Dead Kennedys, Black Flag, Alley Cats, Bags, Penetrators, Zeroes, and others. We gigged constantly in 79-80, played the Western Front Festival in San Francisco, recorded a single, and went on two self-supported cross country tours.

On the road we mostly headlined, but also opened for many touring acts including Todd Rundgren and Ian Hunter at the Agora Ballroom in Atlanta, the B-52s and Kid Creole and the Coconuts at the Agora in Tampa...even Ultravox. On our way to open for Joan Jett in DC, disaster struck when our drummer ran away with our RV mechanic. Yet somehow we prevailed one last time when, stranded in Atlanta, we were invited to record at the Allman Brothers Pyramid Eye Recording Studio at Lookout Mountain, TN. Off we went, recording a 5-song EP that was never released...and we officially disbanded.

Fast forward to 2017: We were persuaded to do a reunion performance in July 2017 (with half the original members and the other half new) at the Museum of Making Music (NAMM HQ), killed it, and have been playing in San Diego since.

Our set consists of high energy, fast-paced originals with distorted guitar-heavy sound supported by bright keys and solid, dynamic bass...we play very few covers. All members have side projects, and have played individually in bands since the 1970s, or '80s, or 90's. Most of us have a classical background; more than half have toured; all have recording experience. We are fortunate to have a lock-out rehearsal studio.

Recent shows include The Casbah, Bar Pink, Ken Club, Rabbit Hole, and Adams Avenue Street Fair., and Art Around Adams. We look forward to playing more shows, maybe with you.

Screen name:
The Dinettes
Member since:
Jul 21 2017
Active over 1 month ago
Level of commitment:
Committed
Years together:
35
Gigs played:
Over 100
Age:
42 years