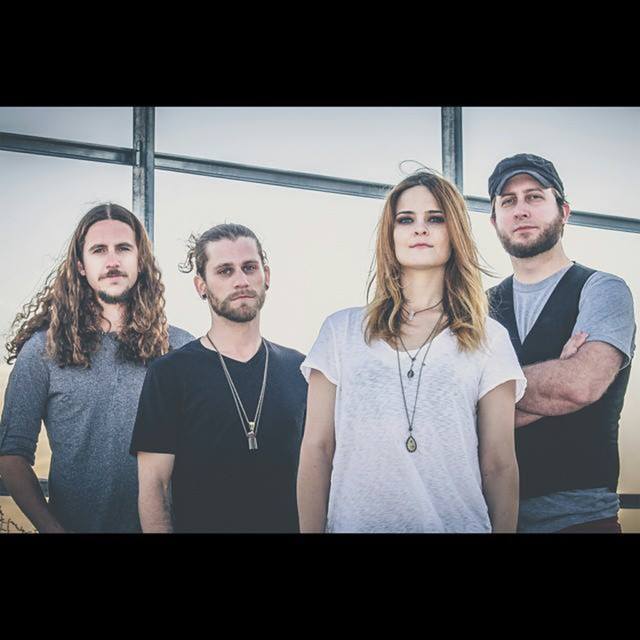 With their high energy sound and unforgettably catchy music, it's no wonder The Shakers have built a reputation as one the country's hottest new independent national acts. The Shaker's first EP showcased their unique mixture of Motown inspired grooves with face pounding, guitar drenched riffs and transformed their sound into melodic high-energy rock'n'roll with a soulful backbone. Their first single, "Distress Signal," was featured on radio stations across the country; most notably by WMMR Philadelphia and the legendary Rodney Bingenheimer of KROQ Los Angeles. The band has opened for the likes of THE MOTELS, EVERCLEAR, KIDNEYTHIEVES, SEMI PRECIOUS WEAPONS , COOLIO, OUR LADY PEACE, STEEL PANTHER and FICTIONIST and have gained a reputation for pounding the pavement hard in LA and abroad. Though the sunset strip is their home turf with repeat appearances at Viper Room, The Roxy, and The Troubadour, they've also grown to consider these venues 'home': The Sail Inn (Tempe), World Cafe Live & The TLA (Philadelphia), The Bitter End & Kennys Castaways (NY), Grant & Green and Boom Boom Room (San Francisco), Subterranean (Chicago), and a growing number of cities from coast to coast. In addition to their incredibly high energy live shows, the band is the center piece of a 360 degree aerial acrobatic show to the tune of Rock'n'Roll meets Cirque Du Soleil entitled "Shapeshifter" created by Cirque School Instructor Jordann Skipper which she created as a living breathing aerial spectacle of their most recent album "Rescue Team" brought to life.

Screen name:
The Shakers
Member since:
Jun 15 2011
Active over 1 month ago
Level of commitment:
Touring
Years together:
6
Gigs played:
Over 100
Tend to practice:
1 time per week
Available to gig:
2-3 nights a week
Age:
39 years

Rock, Motown, Soul, Funk, Grunge, Blues, pretty much everything inbetween. From Queen, to Queens of the Stone Age. From Ac/Dc to the Supremes, from Jackson 5 to MUSE. From Heart to the Black Keys.