The Spyders + Band in Harrisburg, PA 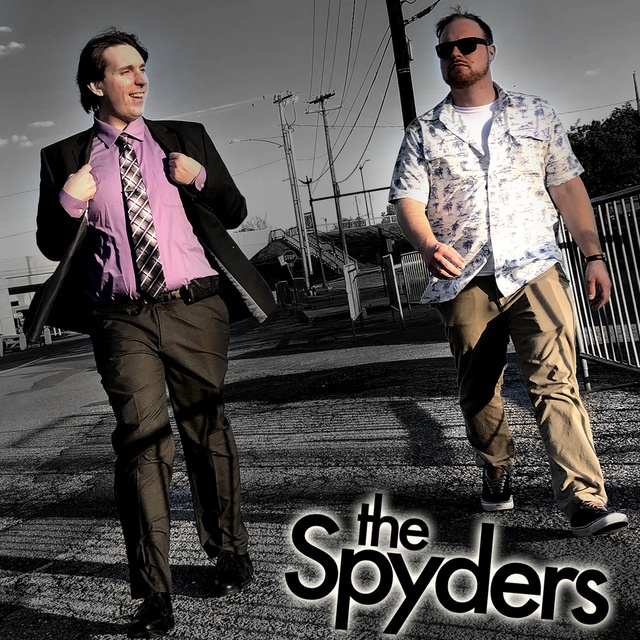 "The Spyders" are a self-described "Vintage Retro Punk Rock" band, from Harrisburg, Pennsylvania.

The moniker "The Spyders" was adopted after finding Zach's fear of spiders hilarious during the recording sessions for their debut musical release. The "y" was added as an homage to the bands biggest influence "The Beatles".

They released their debut 10 track album "Insert Title Here" December 19 2010 and sold 200 units in 3 weeks earning them a returning position performing the MAAC 3 times a week. They were given a top spot performing at the venues “New Year’s Bash” and were featured performing to a dancing crowd in Middletown’s "Press & Journal" newspaper performing for a overall audience of 90 attendants over a 2 hour span.

In early 2011 Zach joined the Active Duty side of the United States Air Force, and though musical progress was slowed, the group remained active performing a smattering of shows around PA at local events and the “MAAC”.

In mid 2014 the group released a new four song EP called "Either Way" on making Bacon & Music (BOM) artist of the week for the 3rd week of October of that year for the title track "Either Way". In the review for the song writer Daniel Gillet said, "It doesn't have the driving force that pushes you through most songs nowadays, but a classic getting together with your buddies in the garage feel; and I dig that...ALOT!"

In 2015 the band started gigging semi-regularly again, primarily performing at Bube's Brewery in Mount Joy, Pennsylvania. There they headlined up to 4 hour long sets to estimated revolving audience of up to 130 patrons. The group also released a music video for the song "Fired From Love" off of their debut title “Insert Title Here” from 2010. The video garnered 12k views in the first 2 weeks of publishing receiving positive attention from viewers. The song was featured heavily on indie internet radio station “Rockers Dive” and Daytona beach-based radio station Beach 105.1 FM.

The band continued to play throughout Pennsylvania culminating in a live performance at Mansfield University located in Mansfield PA. After this show Zach was called to serve the country in the armed forces abroad and the band was on hiatus from 2016 to August of 2019.

In November of 2019 the band released a new single "Missing" and in December "A Christmas Tryst". For 2020, 5 new 2 song singles are planned for release and A New Album titled “Either Way” are slated for release in June. The band also is working on a special edition remixed and remastered 10-year anniversary package of their debut album “Insert Title Here”, set for release in December 2020 with an adjoining band documentary “Title Still Unfound”.

It all started with a passion to bring the sounds from groups such as The Beatles, The Who, Buddy Holly, Fats Domino, mixed modern groups like Blink-182, Green Day, & The Foo Fighters to the masses. “The Spyders” have played through the United States in Pennsylvania, Delaware, Florida, Utah, Idaho, Nevada, and Wyoming and even made their way into other countries like South Korea, UAE, and Germany.

They are a musical force all their own. Bringing Soulful tongue-in-cheek lyrics and a clean sound, combined with adrenaline fueled melodies and, tight harmonies; wrapped up nicely with savage drums. They have a unique and creative voice all their own and provide a performance that is wild and wacky; always leaving audiences wanting more.

The Beatles, The Who, Buddy Holly, Fats Domino, Blink-182, Green Day, The Rolling Stones, Genesis, REO Speedwagon, Pink Floyd, Muddy Waters, Howling Wolf, The Maams and Papas, Buddy Guy, John Lee Hooker, JET, AC/DC The Ramones, TV, Angels and Airwaves, and many many many more. The groups formative sound is based in early 50's and 60's Rock 'n' Roll and R&B and Blues.

Professional Grade Instrumentation and Amplification along with Mid Grade and Professional Recording equipment and Address Systems.