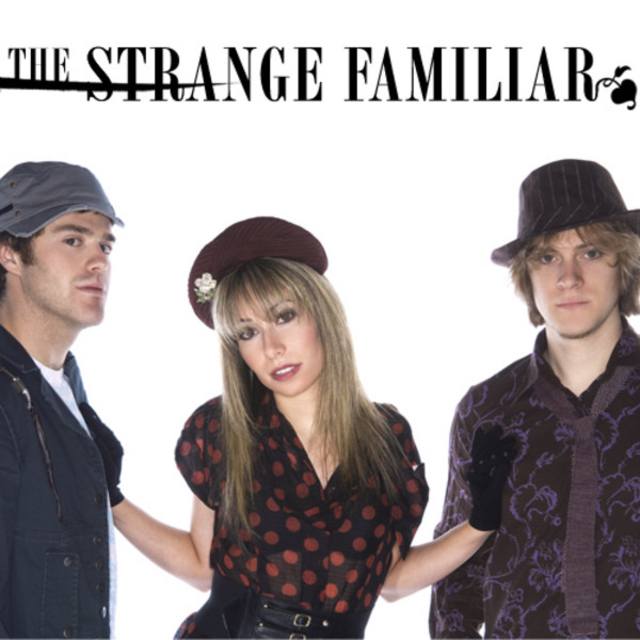 The Strange Familiar is the brainchild of two young musicians who've been performing and writing together since they were 14 years old. Kira and Jeff met in grade school, and through the years have developed their soulful rock sound that is equally heartfelt and powerful. After ten years of performing and selling thousands of CDs with their former band, Jaded Era, they not only have made themselves a staple in their local music scene, but their catchy songwriting skills also garnered them major label attention. Ashlee Simpson recorded and released "Invisible" (21 Billboard, 1 iTunes) as a single for her platinum selling album, "I Am Me"; a song Kira and Jeff penned when they were only 17. After spending most of 2006 writing and recording demos for their new project, Kira and Jeff were ready to return to the studio. This time they were extremely blessed to work with producer Brian Malouf (Dave Mathews, Everclear, Lisa Loeb), for several weeks in Studio City, CA. With the launch of their new EP, Kira and Jeff have recently decided to relocate to Los Angeles along with their bass player, Frank Freeman, whose drive and love for music matches their own. The Strange Familiar's 5-song debut EP, captures the essence of their music in a way that is both truthful and inspiring, intimate and yet powerful. "You Can't Go Back" is aptly named as a reflection on all that these young musicians have been through, and where they are now headed.

Screen name:
The Strange Familiar
Member since:
Mar 12 2008
Active over 1 month ago
Level of commitment:
Very Committed
Years together:
10
Gigs played:
Over 100
Tend to practice:
More than 3 times per week
Available to gig:
2-3 nights a week
Age:
38 years