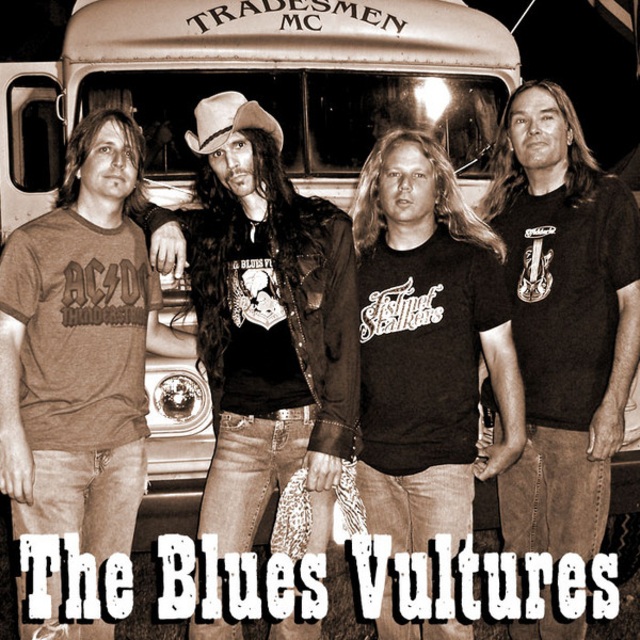 Please see our band website bluesvultures for more general info.
Dates are on the website as well. Come out and see us, and introduce yourself.

This band is nothing like Kix, but we are playing at a professional level of musicianship and performance discipline.

We are looking for charismatic and 100% professional players, no drugs(period) and no drinking while playing, no getting drunk at shows.

Everyone in this band sings back-ups and LEAD vocals. If you can't sing lead you'd better be more than making up for it in musicianship and professionalism.

New bandmembers are expected to commit to this band 100%, as we are playing every weekend. We would like players that are not in two other bands.

You should have a recording and an actual photo on your profile. Thanks!

We are looking for players with appropriate gear for small bars/clubs. No giant kit, no rack for drums.