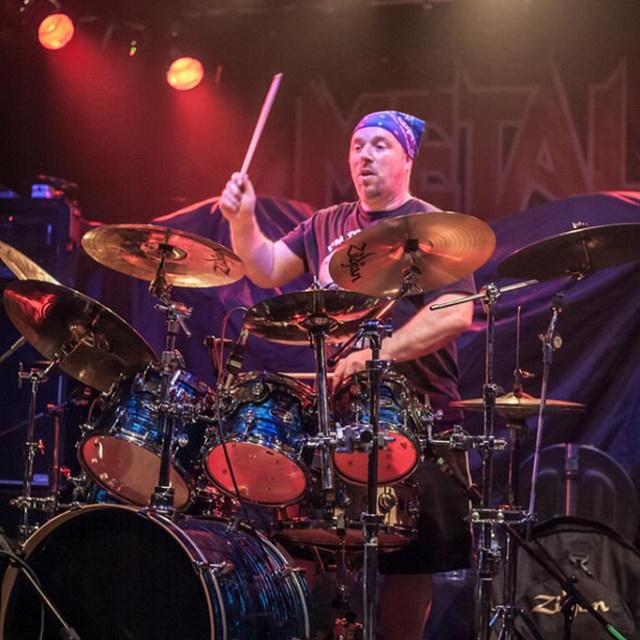 Jeff Anzelone is a professional contemporary drummer from Pittsburgh, PA. Jeff's been playing drum set for 35 years and has performed with a multitude of musical acts over his professional career. Jeff has a B.A. in music from the University of Pittsburgh and spent a year of intensive study at Berklee College of Music before breaking out on a musical journey that has seen Jeff perform with such acts as: James Rivera, Sabbath Judas Sabbath, Sacred Dominion, Xander Demos Band, Ghost of War and many more. Jeff's opened for Kiss, Motley Crue, Whitesnake, Mr. Big, Iced Earth, Dio's Disciples, Metal Church, Adrenalin Mob, etc. Jeff was voted "Best Drummer" in 2011 and 2013 by fans in the Iron City Rocks Awards. Jeff is able to play in multiple styles from full blown original Progressive Rock/Metal to Rock, Pop and Country. Jeff performs in all styles. Jeff also teaches drum instruction as well. Jeff has several recordings released and currently is working on original material. Jeff is available for session work, one off gigs, showcase gigs, tribute acts, fill-in work and live work as well. Jeff is currently lighting up stages with one of the hottest tribute acts in the area, Smells Like the 90's specializing in all of the 90's Alternative and Grunge hits and also Identity Crisis, one of Pittsburgh's premier cover bands.

Jeff plays a DW Platinum 7 piece Maple Kit in Black Mirra finish. Jeff has over a dozen snare drums to fit any room, recording session or concert hall. Jeff plays Zildjian cymbals and Promark sticks. Professional cases and hardware ready to go at a moments notice. I have multiple kits, snares and cymbals to meet any playing situation.