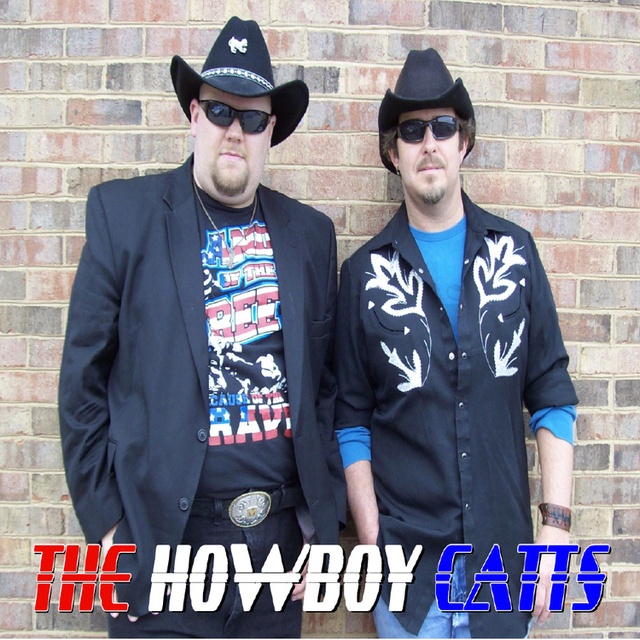 The Mysterious yet Playful & Lovable Country Duo known as THE HOWBOY CATTS, featuring JAMES HENRY FRAME III on Vocals, Guitar & Drums and WALTER (THE MUSIC CITY MADMAN) CHERRY on Vocals, Guitar, Bass, Banjo, & percussion are armed and ready 2 country. With the release of one studio ep, STARTIN' FROM SCRATCH, a live album recorded at the World Famous Exit /In in Nashville, playing numerous other venues, and events around the mid south, and even being a part of CMT's first season of CAN YOU DUET in 2008, as well as hitting #2 on the Reverb Nation country charts, THE CATTS have accomplished alot in their short time of existence. Now, with the release of their new studio album, CHASIN' TAIL, they've reached the next level in their musical endeavors. For this new project, they've returned to their roots as country gentlemen. Featuring the sound that will help put THE CATTS right SMACK DAB IN THE MIDDLE OF THE CURRENT MUSIC SCENE. Self penned & produced, the album is an eclectic set of songs that showcase some FABULOUS SONGWRITING & PERFORMANCES by this pair of musicians. Other highlights include the Country Rocker, their new single, REDNECK ROMANCE and a classic country cowboy number, RIDIN' A STAR TONIGHT, along with the patriotic ballad, title track, BACK TO THE COUNTRY THING. Both these CATTS have a UNIQUE sound of their own but when brought together, they create a style all there own and show they, indeed, will be the NEXT BIG THING for NASHVILLE to embrace.

Looking to catch the attention of a UNIQUE & ESTABLISHED RECORD LABEL in order to go full force forward to the road & radio, the CATTS are excited about the NASHVILLE scene and believe with the new album, you will be hearing alot from this pair of talented musicians. So stay tuned for all the latest information on tour dates and the official release of BACK TO THE COUNTRY THING to order your copy right here on reverbnation.

THE STATLER BROTHERS, BILLY RAY CYRUS, EXILE, SONS OF THE PIONEERS, RIDERS IN THE SKY.