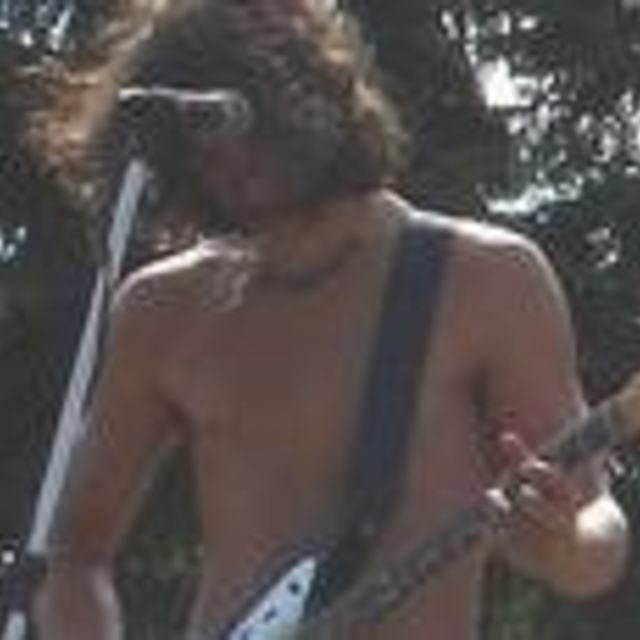 Hi, I'm Adam--I'm looking for like-minded musicians to play with, and maybe come up with something worth-while together. At the minimum I just want to have some fun and get my chops up a little, if nothing else.

Ideally, I am eventually looking to craft some music that I can be proud of and feel great about spending my time on.

I'm 29, male, have a garage where we can play (although if you have a better idea. . . I'm very open to a studio environment), and I studied Music Theory and Composition in college. My strengths there are in the conceptual/compositional realm.

Any tracks posted here are rough cuts. If you are great at recording and producing, you can help me a lot. The tracks here are ideas, not a finished product.

I have written a bunch of songs (20-30? Though most are under-developed) over the years. I used to have a really cool band that dissolved, unfortunately, but since I wrote most of the raw material I hope to breathe some new life into the songs again. So, I have a bunch of material that I need to get developed and eventually recorded. However, I really enjoy being inspired by other people's works too, and collaborating is a great way to break out of the box a little so I will appreciate the chance to work on your material together if we connect. I also obviously want to keep writing and creating new stuff.

My best attribute is probably my voice. It can be rough or smooth, with big range when needed. I pride myself on my guitar playing as well, but I'm more creative than a technician. Not a schlub, but not a virtuoso. More of a front-man, and I learn quickly. I wouldn't mind having multiple guitars. I also play a *bit* of piano; if you do also I'd love to hear it.

*Drums--I love a powerful drummer who also knows when to hold back and be subtle/intricate. Versatility/creativity a plus.

*Guitar--Focused lead, or effect-driven/atmospheric/feedback-looped styles really add to what I have going on. If you compose like I do in a rhythm/riff style that's great too--we can trade off roles.

*Bass--Versatile and creative a plus. Effects, or a taste for EQ/sound-shaping is great to have. If you understand counter-point I'd be really stoked, but that is not required.

*Synth--I have a "Moog Little Phatty," if you'd like to use it it would make my day. If you have your own, perfect. It would be great to have that tasteful, ineffable touch of a synth in the mix. I love eerie, distant, modulating sounds that change over time; Radiohead comes to mind.

*Cello--Just throwing this out there. I would love to have someone on speed-dial that wants to play cello in a rock environment, ala Nirvana, etc.

Whatever you play, if you can sing some harmonies at times I think that's a big plus.

I haven't played seriously with a band in a few years now. Ultimately, that is what would make me happiest, but really I'd just like to have some fun and be creative with people again, so if you're looking for an outlet like that, shoot me a text or email and we can see what we see.

I like to say the sound of my last band was something like: Radiohead meets Smashing Pumpkins, and I guess that seems to me like a good characterization of where I'm at (if that even makes sense. . .). I can get into a wide range of styles, so if we come up with something different that's great.

The bands my music is most INFLUENCED by currently are:

Again, I'm not limited to these sounds, but that may give you some idea of where I'm coming from.