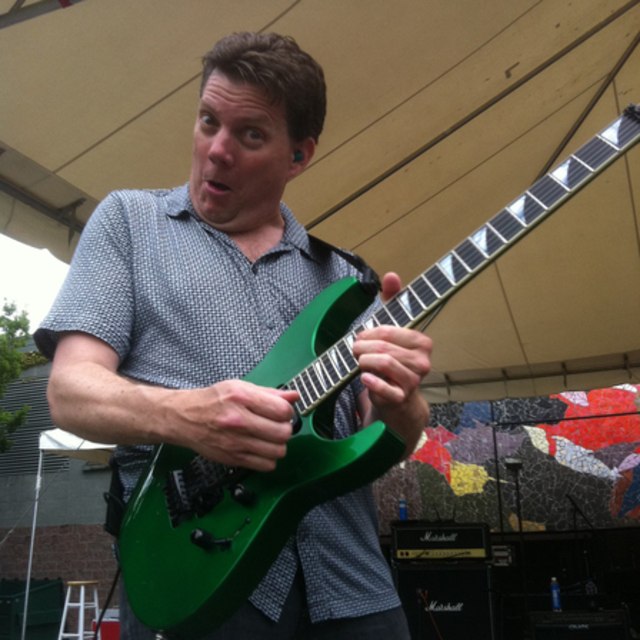 A versatile, pro guitarist, with pro gear, and a great attitude. (In other words, no massive ego. :) )

My past projects include cover bands Hiwatt, The Love Jacks, and Notorious Sensation, tributes (I do a mean Rick Neilsen if you're looking for Cheap Trick) and original projects. Finally, I've also played guitar for a number of stage productions including Tommy, Rocky Horror Picture Show and Jesus Christ Superstar.

I've been playing music in one form or another since I was 4 years old, and I'm looking for some fresh new opportunities. Thanks for reading all this, and I look forward to talking to you!

I cut my teeth on classic rock in the late 70s and made the transition into the 80's with New Wave and Heavy Metal, then played on into the 90s with grunge/alternative. When I first started playing, I studied Jazz and Blues with a private instructor. I also took three years of professional vocal coaching early on in my playing career, as I kept ending up being pushed into singing lead vocals and got tired of trashing my voice by the end of 5 nights in a row. :)

A host of guitars, amps, effects... too many for a complete list, but my main rig these days is a Jackson Soloist into a Mesa Mark V. Other, smaller combo amps I use include a Dr. Z Maz 18 Jr. and a Marshall 1974x . I also play a Taylor 814 acoustic/electric, a Gibson Les Paul Classic, a Hamer Explorer and a G&L ASAT depending on what the gig calls for.