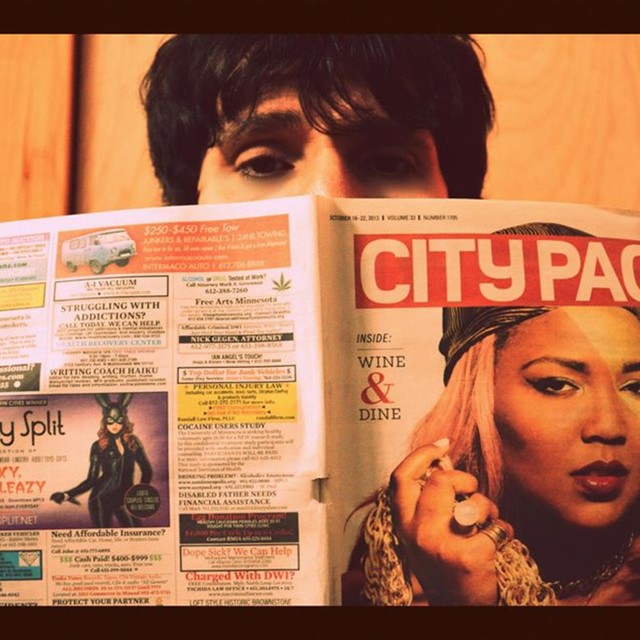 ** If you are interested, please read this in its entirety. It will give you all you need to know about my intentions, vision and commitment, and will help you make a decision if we're on the same path.**

My name is David Rangel. I am the frontman of The System LIghts and write all original songs. Several years ago, I was living in LA and was offered to sign with a major label which fell through last minute (I'm more interested now in investors and small labels). Touring took me on the road, across the country and internationally, opening for national acts such as Third Eye Blind, Counting Crows, Alter Bridge, Train, Goo Goo Dolls and many others. My former band did extremely well but I intend to do even better.

Musicians are plentiful in my former city of Minneapolis. Milwaukee is a big cover band market but I know there's some really talented, original artists out there. I am looking for the right people with the right talent, the right attitude, and to understand that a band is a business but there's a right way to keep the integrity of the art.

About The System Lights:
STL is a guitar-oriented mixture of original, atmospheric British and American influenced music. Lyrics are taken from shelves of classic and obscure literature as well as the human condition. Moody vocals and blistering, effects laden - as well bare bones - guitar, are part of this concoction that walks the line between obscure indie and commercial radio rock and roll.

What I'm Looking for:
A permanent bassist, drummer, lead guitarist with advanced or expert experience. Those who think on a big level and are not satisfied with being a typical weekend warrior. Also interested in collaborating with those currently in bands and looking to be involved in projects with teeth.

Recording/Video Production
I have a number of relationships in the industry, from regional and international musicians to a whole team of producers and engineers (having produced The Replacements first record in many years).The renowned Flowers Studio .flowersstudio is my studio of choice. They have worked with numerous high profile musicians and bands. If you check out their list of all labels plus artists such as The Replacements, Soul Asylum, The Dandy Warhols, The Jayhawks and Joseph Arthur - I have a long standing relationship with them dating back to my earlier band.

TSL's Ether video was professionally shot and compiled by supOfunk Studios. All videos can be found on be. I have worked with another videographer for other videos. A full-on branding campaign is underway.

You:
Stylish, imaginative, tasteful guitarist, bassist or drummer that understands that less can be more. Not looking for a guitarist that can play 100 notes a minute, a slap bassist like Flea or Les Claypool, or a drummer who needs a five minute drum solo. There are very minimal guitar solos and what we do have are short and melody based. You understand that guitar playing style as well as physical style are a part of branding the band to get into an international arena. The right person will…
...be familiar with and truly like the kinds of musical influences listed below
...only want to play this type of music and not just everything because they can
...know who they are
...have a profile complete with image(s) and audio/video samples

What This is Not:
Cover/Tribute
Metal
Punk
Power Pop
Country
Classic Rock
a Milwaukee/Chicago bar band

Outlook:
Currently, I am working on multiple projects including a collaboration with well known artists that share a common denominator. TSL has opportunities to play with established Minneapolis bands and the internationally known The Ocean Blue s://./TheOceanBlueMusic.There's a lot going on here.

It's a lot of information, but the intent is to paint a whole picture without wasting anyone's time. Serious inquiries only. No beginners please. If you would like to talk further, please contact me at d michael rangel at the g mail or phone six one two / two zero two / four six five eight.

American and British indie and commercial radio sounds. Influences include Noel Gallagher, Oasis, Radiohead, The Smiths, Morrissey, Keane, Johnny Marr, Travis, Death Cab for Cutie, Wilco, Coldplay, Stone Roses, Band of Horses, The 1975, Elliott Smith, Five for Fighting, The Killers, The Rolling Stones, The Who and many others.

Life is for living. Shine on.