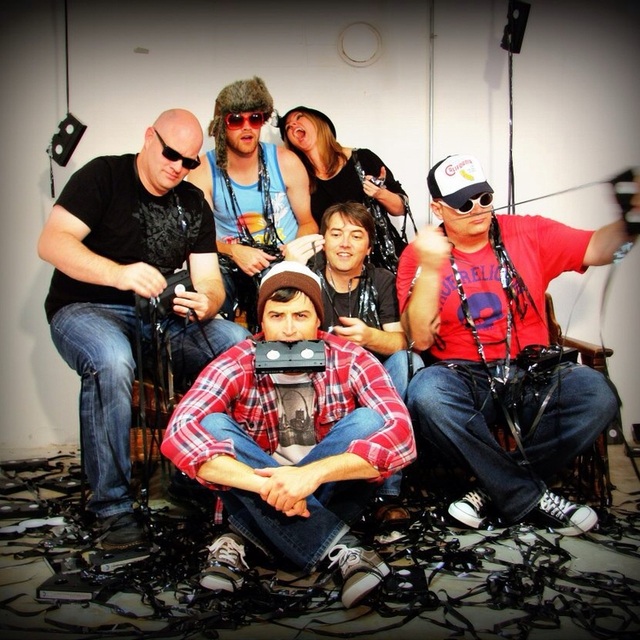 "In this city '70s and '80s cover bands are a dime a dozen. But the '90s? It seemed like no one wanted to go full-flannel until the VCRs came along. The six-piece group formed in 2011, spitting out Weezer and Pearl Jam covers like all good alterna-kids should. Since then, the group has also taken on artists such as Spacehog, No Doubt and Blur, and has perfected more than 60 songs for its setlist rotation. The band's energetic show doesn't stop with what's happening on the stage, though. At every event, you'll also find a few old-school tube televisions and dozens of VHS tapes to really hammer the era's nostalgia home. Seriously, who wouldn't want to watch Showgirls while rocking out to some Lenny Kravitz?" - Riverfront Times 2013 Best Cover Band