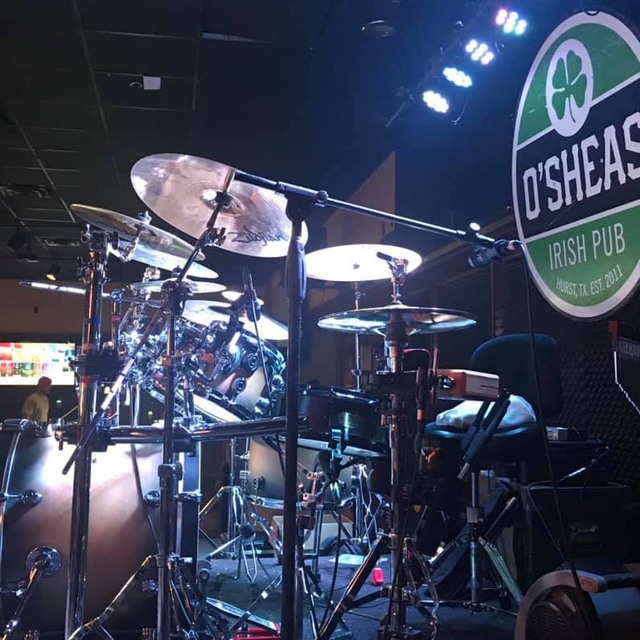 I'm in my 50's and I've been playing drums for a very long time. From about 2012-2015 I've been in several cover bands around the Clear Lake/Houston area. A couple of easy listening, Eagles, America, Tom Petty
etc....and one I played congas and
bongos in for a 70's Tower of Power type band with full horn section. Prior to that I was in a cover band in the burbs of Chicago and we generally gig out on average 1-2 times a month. We played Tom Petty to Pink in to give you an idea of the covers we were doing. I had a great time playing with those guys, but my job transferred me so I had to find a new gig. I've been enjoying subbing in bands as needed and am pretty versatile in what I can play. Rykert.t is where I can be found in the g. Mail me if you want to reach me dot com because I don't check this as often any longer since I've been pretty active. I've been in the Dallas area for the past 4 years and playing with a cover band that plays everything from Aerosmith to The Pretty Reckless to Lady Anabellum to Led Zeplin. As of April, I'm in the Kingwood area on a permanent basis. Would love to find an established working cover band who's drummer left for whatever reason. But I'm open to anything. I just love to play. Hope to hear from you.

So, about my drumming. I have 3 drumsets, i have a vintage Slingerland (chrome wrap over maple) that was new when I bought it in 1979. I also have a Roland TD17 electronic kit that works well for very small rooms and/or accoustic gigs. I also have the latest kit that I use the most which is a Traps drum set. Basically it is a set of drum rims without any shells that hangs on a rack. It is very compact, easy on and off the stage and fit into my Jeep Wrangler. When they are mic'd they sound as good as any full accoustic set and they are easier to mix as the shells dont over power the mics and the amps on the stage. My influences are Phil Collins, Chester Thompson, Keith Moon, Neal Pert, I grew up on music by these guys as well as Aerosmith, Vanhalen, Styx, Kansas, Genesis, Journey and others. More currently I'll listen to Breaking Benjamin, Linkin park, Saliva, Tantric etc... I also like Chicago, Dave Matthews Band, really a pretty wide mix. I just love to play and I love playing gigs. I love to play covers that make women want to dance and people to have a good time. We've played Hey Jealousy, Semi-charmed life, Edge of Seventeen, American Girl, What I like about you, Use Somebody. I've got a set list of tunes that we played that I'll send to you if you're interested.

I've attached some vids of my last band in Houston, Denovo which was more of an easy listening/classic rock band that should give you and idea of whether or not I can keep a beat.

Moving to clear lake shores mid June, 2020. I’m open to starting a project or joining one. Let me know.