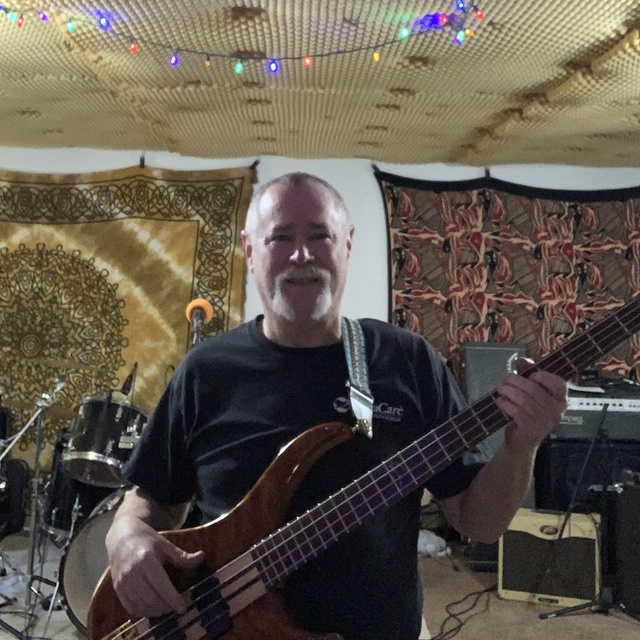 Bass player looking for people to jam with. I think Jamming has become a lost art, back in the 70's we had jam sessions all the time and were able to express our feeling thru experimental instrumental music. I've come up with several bass grooves I think would be fun to jam on and would like to try and try to fit with others peoples jam ideas. I would like to be able to have several musicians that would be up for a recurring jam night, we would also be able to record and who knows, we might end up writing songs. I have mostly played in original rock bands in the late 70's &amp;amp;amp;amp; early 80's, but have played in country and top 40 stuff during the late 70's and early 80's as well Southern rock. I played with the Danny Denver band for a few years and covered 50's, 60's pop, Country, blues and old rock.I am 64 years old but age isn't important to me as long as we are on the same page with the music. I enjoy playing ballads as well and have backed up several female vocalist in the past. I'm pretty much open to playing anything that I can feel, I don't feel the heavy head banging stuff. Contact four,1,O- eight,5 seven- twelve twenty six or guyfergy at gee maiL doT coM. As far as practicing or gigging, I'm retired and am open to play both day and night.

Sanberg California Supreme, Peavey Cirrus, Music Man Stingray, Aria SB-1000 &amp;amp;amp; SB-EliteII basses and a Brubaker. I play through a Peavey Mini Mega with a 4x10 Peavey cabinet, speaker setup for the most part. I also have an old Ampeg SVT head and another 2x10 Peavey cabinet and a home made 2x10 cabinet. I have an 24' x 30' studio type practice room great for recording, complete with a drum set, and Peavey Classic 30 amp and Fender Squire Strat, a studio mixer board and PA amps and speakers with subs. I have a 24 channel recording setup with Sonar X1 Studio Mackie 32:8 mixing board.