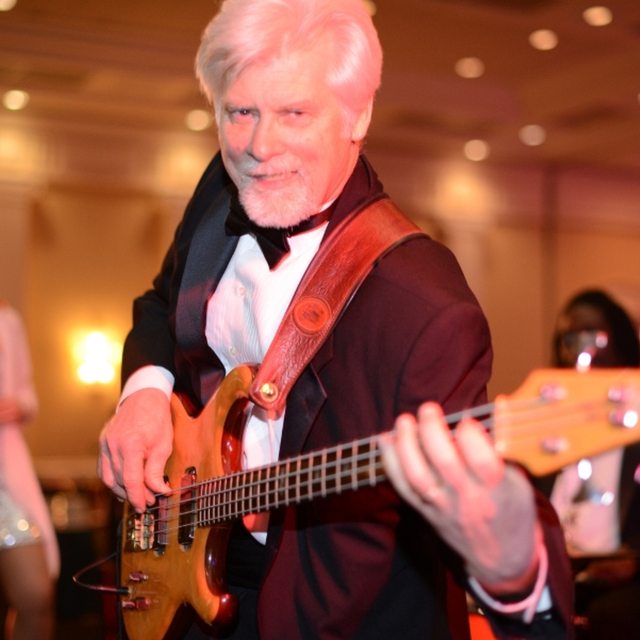 Looking for established band that has a need for a bass player. Have some open dates the rest of 2015. 2016 is now wide open. I have over 40 years experience from R&B, Funk, Classic rock, Big Band, 20's thru 90's all styles. Blues, Country, progressive Jazz. Traditional Jazz, Southern Rock. I have toured the off Broadway show Hedwig and the Angry Inch 2006. Glam 80's rock opera. I am a groove player. Serious inquires only. Would prefer a wedding band situation. Have over 20 years experience with Al Santoro and the Hi-Liters. Call anytime and leave message.

He fell in love when he was fifteen, and has never gotten over it. The affair, and the sweet sounds and rhythms that come from their 'relationship,' have taken him to places over the decades he never could have imagined as an infatuated teenager. The bass – and music – have profoundly affected his life, perhaps even ruled his life.

And Tim loves every note of it.

Tim enlisted in the Air Force, playing with bands of various styles during the four years he was in the military: Country, Southern Rock, Gospel, Traditional Jazz and Progressive Jazz. He also worked the famous Chitlin Circuit for two years in a 9 piece R&B band, The Lyrics, based out of Little Rock Arkansas. When he was discharged in 1978, Tim moved back to Delaware and had the good fortune to get a gig that lasted twenty years - with Al Santoro and the Hi-Liters. The Hi-Liters are one of the best and most well-known wedding/concert bands in the Tri-State area.

Completely 'out of the blue,' but true to his love of music, Tim took up yet another style – he played in a highly successful off-Broadway show, Hedwig and the Angry Inch, occasionally touring with the show.

In 2010 Tim joined The Mari Hill Band and has enjoyed every minute. He is very excited about the bands future and is looking forward to putting down a steady groove to make it easy to move your feet!