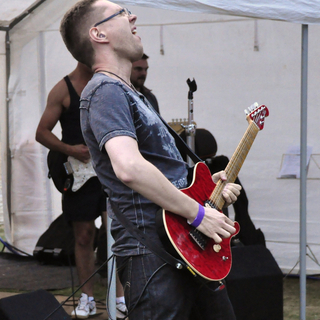 I have been playing guitar for 30 years, 25 of which on a semi-professional basis.

I have played in many bands over the years in many different musical situations. Whilst classic rock is my favorite kind of music to play, I have played in Blues Bands, Southern Rock Bands, Variety Bands, Tribute Acts and original projects too.

After gigging the London, England music scene extensively, I moved to the United States in early 2011.