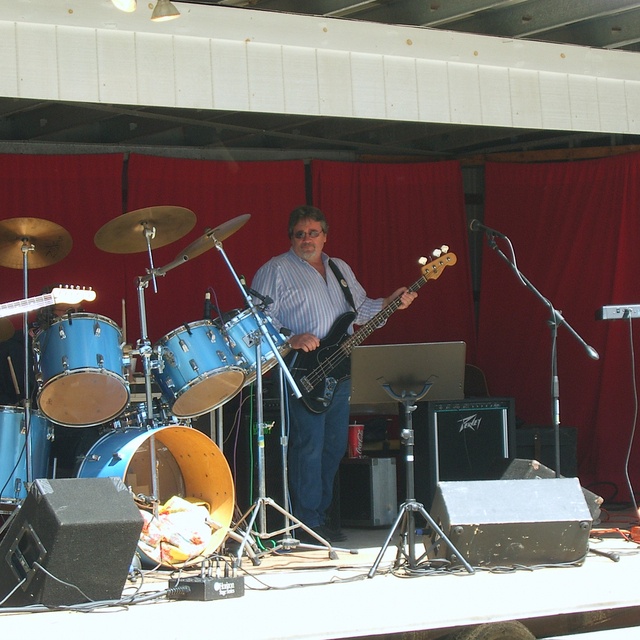 I started on guitar when I was 13. When I was 15 my closest friend at the time, played guitar in a band and I ran lights. The bass player decide to quit so I switched to bass to play in the band. We were playing in clubs that sold liquor so we had to sit with my friend's dad during the breaks.

Since then I have played in a dozen bands and I have played rock, metal, southern rock, country rock, country, a little jazz and some blues (no hip-hop or rap). We played mostly in Ohio but also traveled to Pennsylvania, New York, West Virginia, and Canada.

I've played in bars, saloons (with chicken wire), roller rinks (sock hops), inside theaters, outside theaters, trailer parks, basements, roofs and just about any place that could get electricity! We even played a wedding, not bad for a bar band!

While in different bands, I have had the privilege of opening for a number of acts like Barbara Mandrel, Loretta Lynn, Charlie Daniels, Merle Haggard, John Paycheck and the Bellamy Brothers. I was in a band that also headlined the WSRD’s (a local rock station) Southern Rock Night at the Youngstown Agora with another band opening for us.

I did some studio work with a couple of the bands. The first was a full album of original country and the second was a 45 of originals. Yes kids, 45 and 33 (aka LPs) RPM, vinyl records. I recorded the vocals for a local company’s jingle that was included in their radio commercials . I also recorded a song written by Ray “Boom Boom” Mancini and our keyboard player that was a tribute to Ray’s father.

I have some originals that I wrote a while ago while playing country. One of the songs made it to Sawyer Brown (a band that won the first “Star Search”) but I never heard any more from them.

You can reach me... tngmstr at g mail.