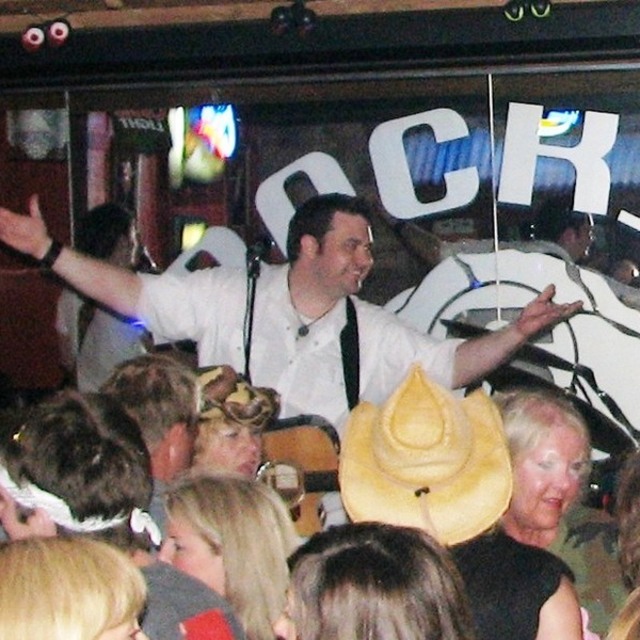 The Todd Mankin Band formed in memory of Todd’s younger brother Jeff "Jefe" Mankin who was killed in a boating accident in June of 2005. Since then, they have worked in the Texas Music scene performing in a variety of venues across the states of Texas, Oklahoma, and beyond. Todd has performed with well-known artists like Mike Mancy, Michael Klein, Michael Padgett, Roger Creager, Ty England, Cooder Graw, Tommy Alverson, and Matt Deaton: just to name a few. Armed with a mix of high energy, attention-grabbing original songs, and appropriately selected covers they create an emotional experience for all to indulge in. Their live show is filled with excitement by including songs like "Roof over My Head"; heart felt and sincere with songs like "Run to Me" (which is set to be their debut single and will be released in September '07) and overall filled with consistent musical artistry that pulls people in more and more. With his song writing ability, vocal range, and attention-grabbing performance style, Todd’s fans never leave a show disappointed.

Stay tuned for the band’s debut album “June Time”: set to record in August and ready for release in October 2007.

Screen name:
ToddMankinBand
Member since:
Jul 15 2007
Active over 1 month ago
Level of commitment:
Touring
Years together:
2
Gigs played:
Over 100
Tend to practice:
1 time per week
Available to gig:
2-3 nights a week
Age:
38 years