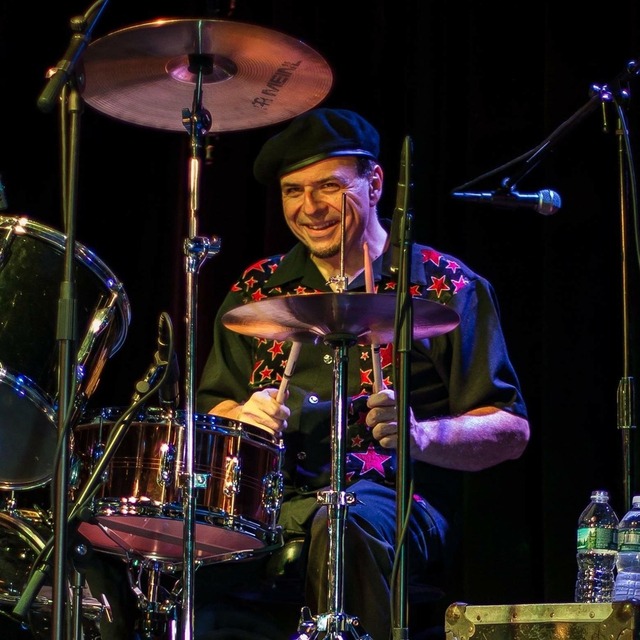 If you are looking for a deep pocket, no frills drummer who plays for the song, the ensemble and the overall sound of the group, then you have found your man. I am a SINGING DRUMMER, I can sing lead, and backups, I have a good ear, can find my harmony and play and sing at the same time.
I'M NOT looking for a hobby band, rehearsal bands, weekend warriors, or people who want to get out of the house...if you are serious, have commitment and want to play in a great band, then please contact me. Life is too short to play with crappy bands! I also like to play with a click track, that keeps everyone honest!

I dont care for drummers who overplay or are flashy with tricks and treats....lay it down, or get off the stage!

I have top flight gear, drums of many sizes, brands and sounds, same with cymbals, but usually I prefer to use a "Ringo/Bonham" set up.

Ludwig, Pearl, Slingerland, Remo, Corders, Gretsch, Fibes and some custom drums, bass drums sizes from 18 to 30, toms from 10 to 18, I like Paiste cymbals, but have several Meinl, Zildjian and off brand cymbals. I also have a huge gong if needed.