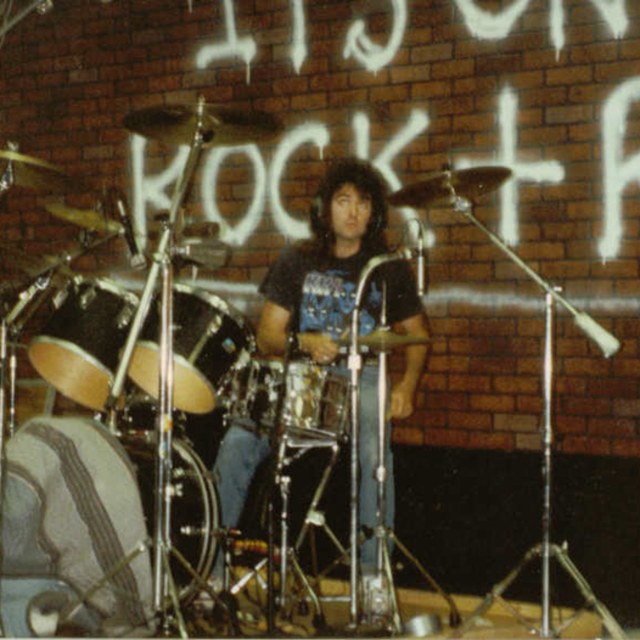 I am primarily a drummer looking to join or start a band. I can play guitar and bass well enough to compose and can sing backups and lead on occasion. I have been playing drums since around the age of 8 (a long time ago)! I have played in area bands off and on since the 80's.Though I currently am not a permanent member of any band I still fill in once in a while. I have played drums in clubs and at parties etc. with a number of bands and have had my own compositions (often playing all the instruments) played on a local radio show that no longer exists (not my fault)! As important as musicianship is, so is compatibility. I am looking for a cover band with the possibility of some originals and a situation where all members have input, particularly in regard to song selection.I would also consider joining a tribute band devoted to KISS, Aerosmith or Cheap Trick if anyone is looking to go that route. tomcap2myfairpoint

I have numerous influences but the main ones are, in no particular order: Aerosmith, The Beatles, Cheap Trick, KISS, Tom Petty, The Foo Fighters, AC/DC, The Rolling Stones. There are many other bands and musicians I would love to cover and may add them later, but you get the idea. I am open to your choices if you are open to mine

Ludwig "Power Factory" drum kit (Bass, Snare, 6 single headed toms, 1 2 headed floor tom, 6 Zildjian cymbals including hi-hat. Think KISS at their most excessive! I rarely find a club that I can bring that entire set up into, much to the relief of my fellow band mates! A Peavey 2012 board and a pair of Yamaha 215's. A few mic's. I have guitars, bass and amps but would prefer that you use your own.