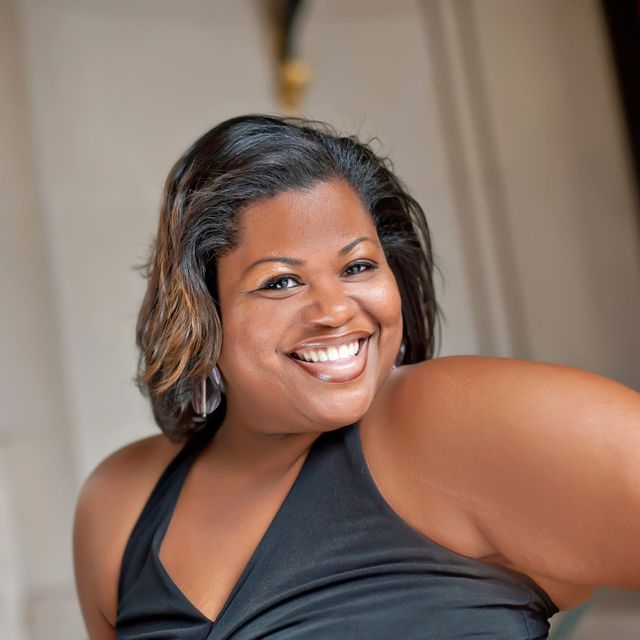 Gospel/R&B/Jazz/Songwriter/Singer/Author and owner of “Queen’s Entertainment, LLC”. Native to the Washington, D.C. area, she comes from a family of singers - one of whom is Atlanta vocalist Monica, who debuted in 1995 with the platinum Top Ten singles "Don't Take It Personal (Just One of dem Days)" and "Before You Walk out My Life."

Tomika has been singing since the tender age of 11 when she was selected to sing with a small ensemble of teenagers who sang with the Eastern High School Choir. They were later asked to represent the United States in a worldwide competition for UNICEF which was held across the seas in the Netherlands. Tomika has sung background and shared the stage with music giants such as Michael Jackson, Bon Jovi, Beyonce, Bruce Springsteen, Neyo, Natalie Cole, James Ingram, Patti Austin, Jeffery Osborne, CeCe Winans, Stevie Wonder, Ray Charles, Anita Baker, Al Green, Yolanda Adams, Mark Anthony, Gloria Estefan, Faith Hill, and Luther Vandross. She has also had the opportunity to sing for three U.S. Presidents, President George W. Bush, President William Clinton, and for the inauguration of President Barack Obama for nationally televised events to include HBO’s We Are One Inauguration Celebration, Christmas in Washington, Kennedy Center Honors and The Millennium Celebration on the Capital. Singing background for “The Boss” Bruce Springsteen at Super Bowl XLIII is one of most memorable accomplishments.

Tomika was taught to sing sacred, secular, classical, spirituals, inspirational, gospel, jazz, pop, and blues music by the award winning Joyce Garrett, Founder and Artistic Director of the ‘Excellence Without Excuses’ Program. She has also taken vocal training with Soprano Joyce Lundy at the Levine School of Music, one of the largest and most prestigious music schools in the nation; accredited by the National Association of Schools of Music, and the only all-Steinway community music school in the world. Tomika is currently working with Dale Good of All Good Entertainment on her debut CD.

In the Washington, DC area, Tomika is well known and has written lyrics and music for other local artists. She is a member of the Songwriter’s Guild of America and has performed work with her local church The Soul Factory on their Remanufactured Soul I & II CD’s, where they have taken the world’s most soulful R&B music and remanufactured it to bring glory to God.

This songwriter has written many songs that capture the essence of life – with lyrics that transcend gender, race, and age. Her music educates, inspires and displays wisdom far beyond her years. Her sound is unique, melodic, and controlled and her voice is soulful, sultry, soothing, yet bold. The earth grumbles and moans to hear her sing.