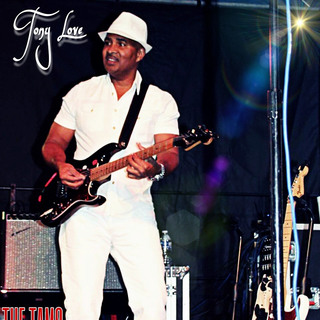 Guitarist that can sing lead with background vocals. Specializes in many aspects of Urban styles.Tony Love is a sideman & session musician that has played for many recording artist's also toured with major act's & corporate bands, multiple formats & genre's, primarily R&B, Funk, Dance/Urban

Love has just completed his 4th, 5th, 6th album's respectively, and want's to be present those project's, with previously released works along with some cover tunes. Best case scenario would be to put together an act that performs originals & also be able to be a working cover band in order to be able to work regardless of the situation.

Tony Love has been described as a very tight rhythm guitarist funky with great timing, as well as proficient solo abilities. Style proficiency in R&B, Hip/Hop, Funk and some Smooth Jazz genre's. Easy to get along with and easy going professional.

Seeking professional vocalist & musicians that share similar musical interest's. available for session guitar or bass, vocals for live band with guitar.
Looking for talent that is willing to travel with ambition and professional attitude and get along with others. This band will travel within the USA.