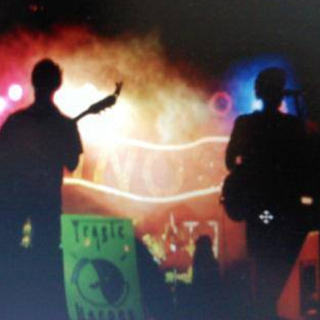 Band consists of singer-songwriter-rhythm guitarist (I also play bass) and drummer. Band had a co-singer / guitarist for harmonies and variation. The band recorded a full CD with grammy nominated Ambrosia drummer Burleigh Drummond, who also produced the CD, and was mixed by grammy winner Tom Weir of Studio City Sound.

Maintaining focus on this written/recorded material is priority #1, followed by making ready the back catalog for CD #2. We practice on weekends, around our normal hours work schedule.

Later on we can mix in some "hits" from similar sounding pro bands. Bands we like in this genre are Shania Twain, Martina McBride, Faith Hill, Hootie and the Blowfish Ambrosia, Firefall, Eagles, Wings, America, Fleetwood Mac and other 70s-90s hits-oriented melodic bands. We will add some voices to get the range, but the first goal is to play the original set. We are not seeking to become a cover band. We have 2+ sets of original music and do want to mix in some popular hits, but the focus is the original music with a game plan as mentioned above.

This music project had some heat on it and received airplay on KBIG 104 in LA, and Sunny103 in Jacksonville Florida. This is a "hits/love songs" oriented project to optimize viability in the Soft Rock scene, and to make use of the music contacts in this genre that we have. The Singer-Songwriter has four Gold Records for music industry experience (on display at reverbnation and pages) and some decent opening shows for name acts may be possible from connections.

The existing parts are quite simple, and you would have musical freedom to augment and add sizzle to it. We can add your parts to the recordings and update the product.

Tragic Heroes enjoyed some brief airplay on KBIG-104.3 in Los Angeles and Sunny103.1 in Jacksonville.

Tragic Heroes music has been featured in a small movie production "To East".

Grammy nominated drummer Burleigh Drummond of Ambrosia drummed on and engineered most of the Tragic Heroes recordings.

Screen name:
TragicHeroes
Member since:
Apr 10 2011
Active over 1 month ago
Level of commitment:
Just for Fun
Years together:
5
Gigs played:
50 to 100
Tend to practice:
1 time per week
Age:
48 years