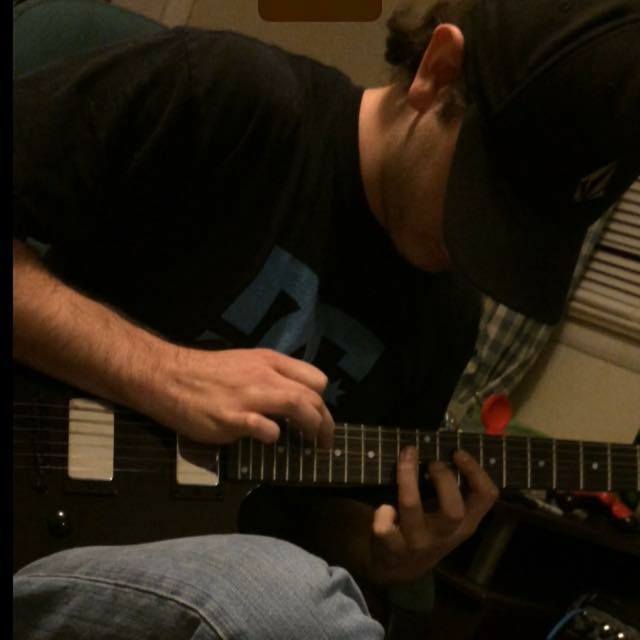 Hi my name is Trey brown, I am 21 years old I've been playing for little over 4 years, I haven't taken a lesson I'm completely self taught , I learned by watching, listening, and then got a guitar for Christmas. Once I got the guitar I didn't know anything about it so i put away in my closet, until one day when I cleaned. Y room and was jammin to Black Sabbath's, "Paranoid". After that I told myself "I'm gonna learn how to play you and join a band". So I started watching be videos and listening and watched how the dudes played, and so I pulled up Black Sabbath Paranoid live. Once I staged watching I learned how to play it Beginning middle and end. Once I learned a bunch of Sabbath tunes I went deeper and came across ( jimmy page, EVH, Richtie Blackmore, Randy Rhoads R.I.P , Tony iommi, Vivian Cambel, list goes on and on .
Anyway haha, I've been playing acoustic, electric (rhythm&lead), and a little bit of classical all together for I'd say just over 4 1/2 years. I can play Classic Rock, Rock, Metal, Acoustic, little bit of Blues, Reggae, Classical, Folk, and some jazz. I play a lot of songs between late 50's-late 80's, I play mostly the 80's hair metal/glam metal because of the high gain type tone or the deep bulgy heavy sound. But I'm willing to play anything and learn anything as best as I can.
Also last thing on a personal note, I am a very out going, down to earth mellow humble social person hahaha, and well who doesn't like to meet new people and or musicians. :)

As of right now I have a line 6 spider 2, ltd ec200qm black w/ LTD EMG's, a classical nylon, a Yamaha acoustic, Greg Bennet acoustic, and then my first guitar which is a STARCASTER not STRATOCASTER, but it's basically a fender strat or at least looked and sounded like one before the pickups went out. But yeah nothing too fancy and or much.