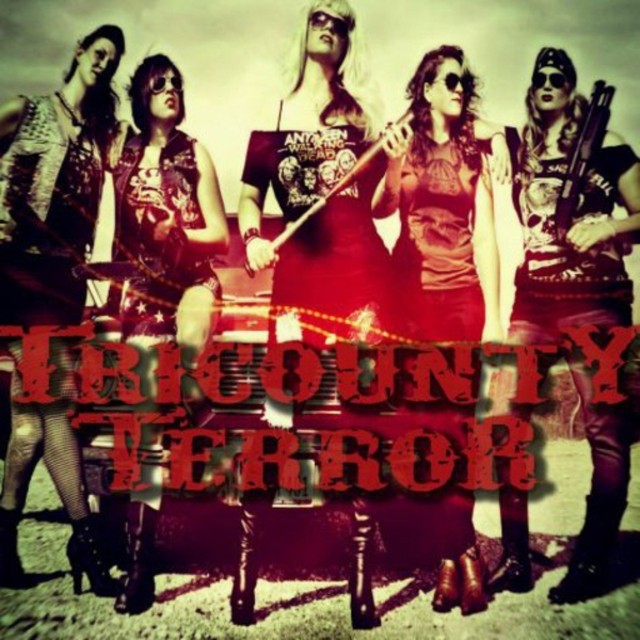 TRICOUNTY TERROR are five sexy, savage, whiskey shootinâ€™ ladies from Texas. These ladies are each classically trained musicians from Texas with over 10 years of experience writing, playing, rocking and living. The music closest to their hearts is the fast, heavy, loud roar and punch of Southern-Inspired Punk Rock. Tricounty Terror is the ONLY all woman Southern Punk-Metal band and make mincemeat out of many of their male predecessors. Having played withPentagram. scum-rock heroes The Murder Junkies, Antiseen, Hellstomper, The Hookers, Saint Vitus, Orange Goblin, Iron Reagan, Pasadena Napalm Division and Deadhorse, the girls are well on their way to headlining their own shows across the South. Their debut album is being produced by Rachel Bolen of SKID ROW and is due out in the Fall of 2014. Tricounty Terror is leaving audiences in their wake of carnage from their live shows. Tricounty Terror is liquorâ€™d up and heading your way soon....