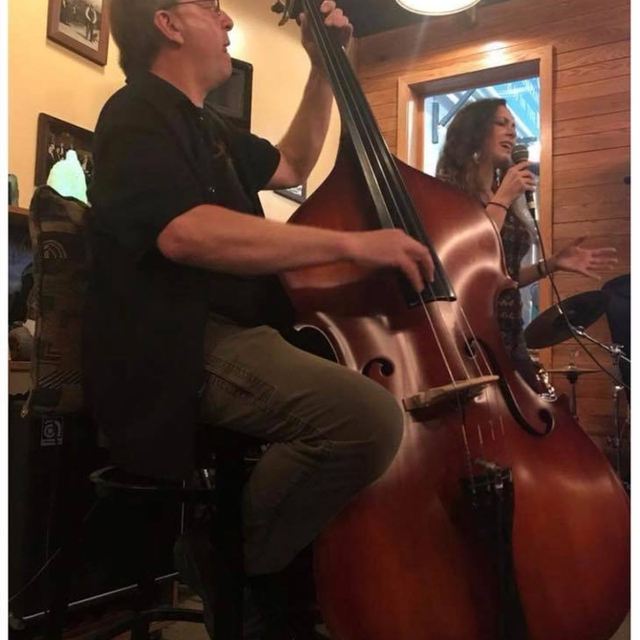 Update!!! We have found new vocalist but looking for a sax player!
Current quartet I'm in is playing a mixture of jazz, funk and some easier going rock classics like "New York state of mind". Ergo why we would like a sax player with us.
I am a 53 y.o. bassist with a couple bands under the belt at this point.
Spent 9 years with "Gigabit", very good cover band out of Milford.
We played the stuff other "bar bands" didn't play. Steely Dan and a wide range of other artists. I'm extremely committed to not be playing "brown eyed girl" and the like. ( no offence to Van Morrison)
I don't deal with the top thirty stuff.
Gigabit has since disbanded and the keyboardist, drummer and myself have worked to form a jazz/fusion trio called TripleBock.
We have been together three years now and have been playing about 6 shows a year and rehearse once weekly, usually on Thursday nights at our keyboardists house in Milford.
We play an eclectic mix of material. Jazz standards, off the beaten path jazz, a bit of Motown, R&B and a fair chunk of Steely Dan
We have been playing at the Veracious Brewing Company in Monroe and recently have been gigging at the Stamford restaurant in Stamford. Please contact me if this is something that interests you.
Our current set lists have jazz standards, Lake Street Dive, Adele, Steely Dan and a bunch of other stuff. We are also open to a person bringing material that they are comfortable with as long as it fits our repertoire
.We are moving a bit in a funk direction though. My drummer is a master at writing set lists that flow with all the different styles.
We are not a rock band but do edge out on some of the material.
Lastly, if you are looking to be on the circuit then we are not your band. If you want a band that does not live in a garage only then perhaps we might!
Its a perfect opportunity for someone who plays sax well but can only do it as a part time thing. Please reach out if interested. Thanks!

Favorite Bassists? Phil Lesh, Paul Chambers, Ray Brown, Ron Carter, John Entwistle, Geddy Lee and John Paul Jones.
Big progressive rock fan first and foremost. Genesis is #1 in my book but love Crimson, E.L.P. and the like.
Phil Lesh is probably my favorite bassist. I am an avid dead fan but look only at the musicianship. Phil thinks about the role of bass in music like no one else and I try to think in his terms often while playing.
Love the hard rock as well. Rush, Sabbath, Metallica, and the list...
Jazz? Again, very into the classics. Oscar Peterson, Miles Davis Dave Brubeck, Sinatra of course! Errol Garner, George Shearing,
Classical as well. Simply stated, anything that Vladimir Horowitz every played. ( its a long list right there but Scriabin is the favorite)