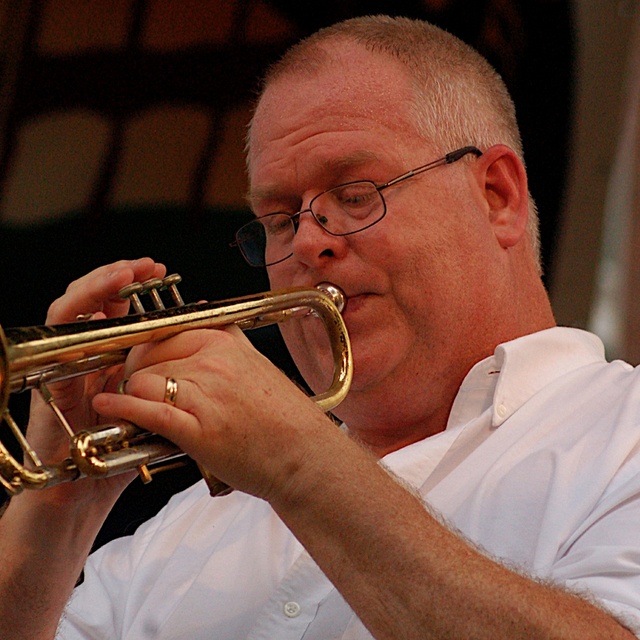 I have a Masters Degree in Trumpet Performance from UNCG 1987 and have been playing professionally for over 35 years. I've played countless pit orchestra shows, wedding and church services. I was the founding member and toured with several different Beach Music Bands and have recorded several CD's and singles.

I am the Trumpet Instructor at Music and Arts in Greensboro teaching 14 students ranging in age from beginner to as old as 65.

I'm a skilled lead and section player with a consistent range to high concert E. I also have a good baritone/tenor and harmonize well as a backup vocalist.

My influences include Maynard Ferguson, Tower of Power, Chicago, Earth Wind and Fire, Chet Baker and others.