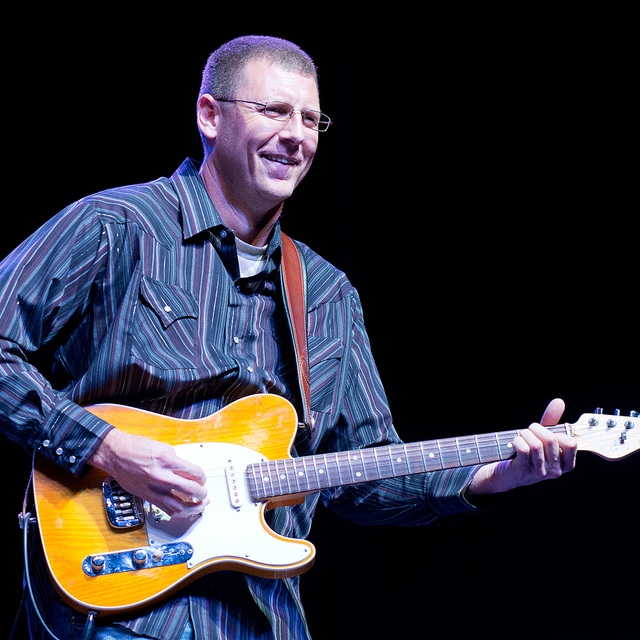 I started playing drums when I was 8 yrs old. My parents had a country band, Randy Lee and the Rebels. My Dad played rhythm guitar and my Mom played bass. They played all over the White Mountains in AZ. When I was 13 years old, my Dad's drummer got busted for marijuana during a dance, so he bought me a new drumset and put me in the band. Around the same time I got a guitar for Christmas and fell in love immediately. I watched a TV show that ran for a time called "Rock School" where I learned the blues scale. I rode my bike to the Circle K and bought Guitar Magazine every month. I would learn the solo's to all the hair metal bands I was listening to at the time. During that time I was still playing drums in my parent's band. When my dad's lead guitar player quit, he bought me a new amp and guitar and moved me to lead guitar. My little brother took over drums.
Since then I've been in several country bands throughout the intermountain west... the Younger Brothers (St. George), Legends of Country Music, Jackson Cash (Johnny Cash Tribute), and others. My main focus has been my own band, the Shane Lee Band, where we play mostly country music. I like songs with meaning and depth, without the language and subject matter of a lot of modern country music, so it's hard to find the gems. But I do. And we love performing them throughout Utah and Salt Lake counties.

Screen name:
twangboy
Member since:
Jul 13 2013
Active over 1 month ago
Level of commitment:
Committed
Years together:
12
Gigs played:
Over 100
Tend to practice:
1 time per week
Available to gig:
1 night a week
Age:
49 years