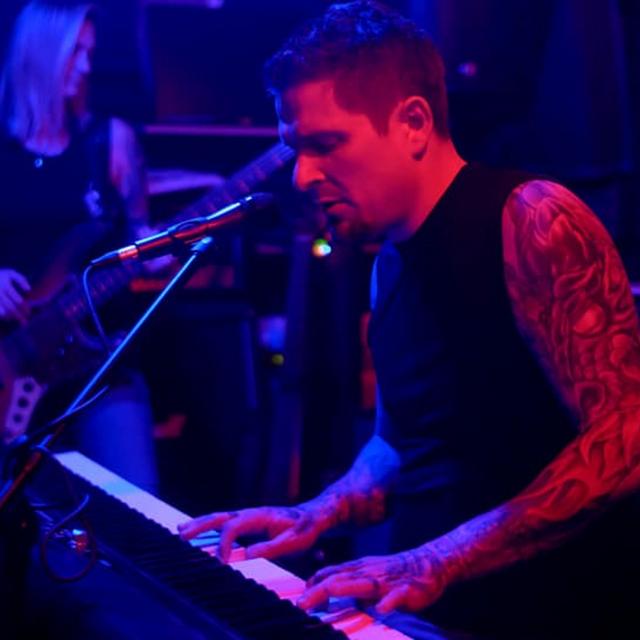 TWOFEW is no longer seeking a drummer. Thank you all for your interest and for taking the time to check out our profile/and/or send us a message. :)

We rehearse most Saturdays from 2-6pm at an all-pro, state-of-the-art recording studio in Glendale. It has a fully outfitted DD drum kit, ice cold AC, awesome accoustics and and all-pro gear as well as a private bathroom and beer fridge. Just bring your sticks and come show us your licks.

TWOFEW began as a side project when Michael Lazar, founder of the popular Phoenix rock outfit, Complicate/Simple, picked up the piano again. Following a 20 year hiatus, Michael spent a few years shaking the dust off on his piano licks and working on developing new music. When his band, Complicate/Simple, suddenly lost their bassist, Michael’s wife stepped in to fill the shoes for a few months. Following the transition to a new bass player, the Lazar duo formed TWOFEW as a Vocal/Piano/Bass outfit.

Shortly after, they added Michael’s brother, David, to the group on lead guitar. The formation was complete when they jammed with incoming rhythm guitarist, Erik Fernandez. After composing their debut single, “On The Run,” with Erik in a single session, the foursome had finally found its purpose and direction. They immediately booked studio sessions to record the song and produce the music video, releasing it just 6 weeks later. 5 weeks after that, the group dropped another single and music video, "Dreamin,'" which has received raving reviews and has captured them a dedicated fan base. The group has plans to release a future single called "Fighting For" in early 2021 with many more songs and an LP slated in the immediate future.

TWOFEW is currently hard at work writing new songs and recording them. The group has plans to release a future single in 2020 called "Fighting For" in early 2021.